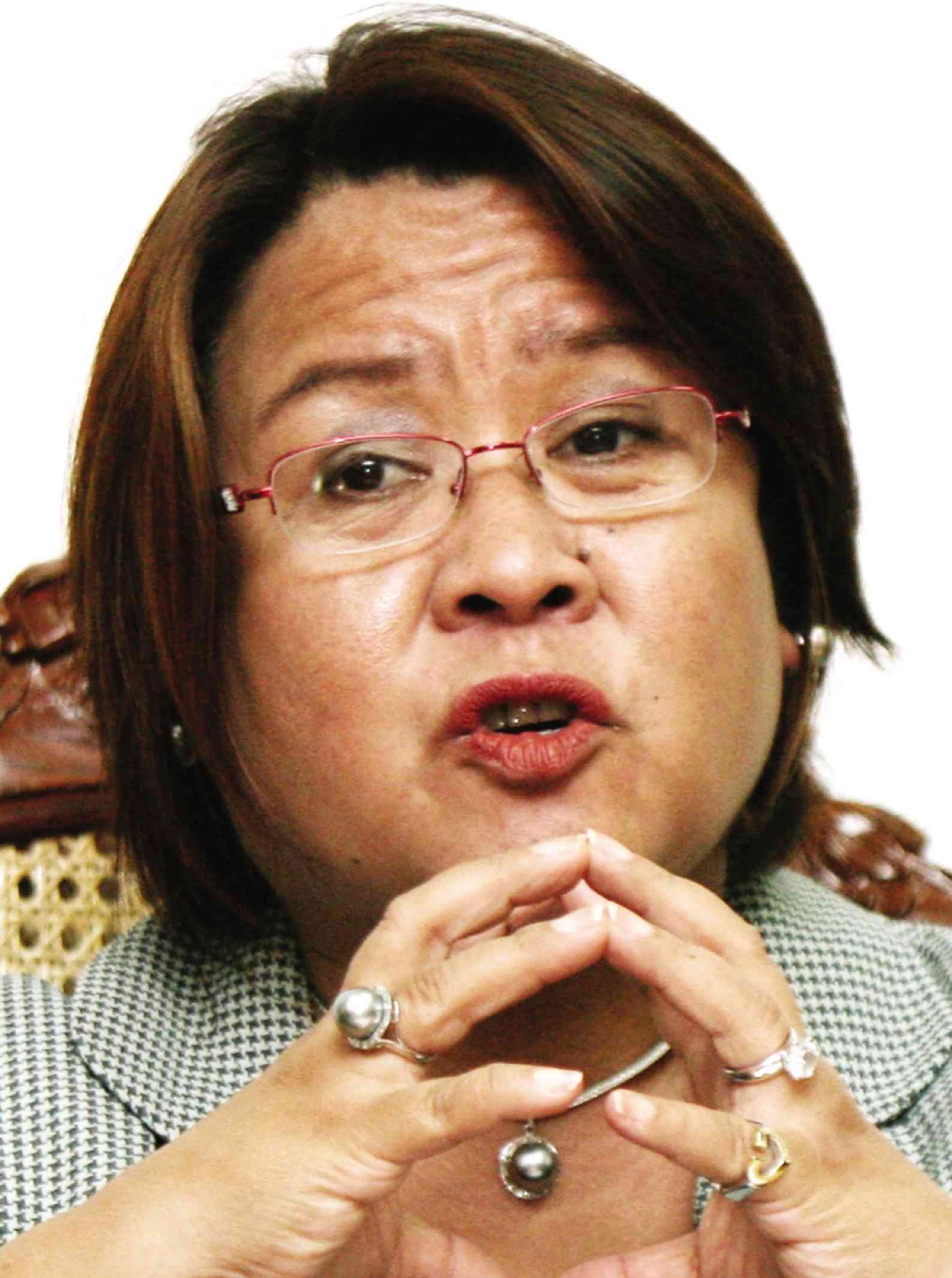 MANILA, Philippines – Justice Secretary Leila de Lima said on Monday that investigators have started looking into the possibility that cash and mobile phones concealed in food such as lechon (roasted pig) were sneaked into the National Bureau of Investigation facility where high-profile prisoners from the New Bilibid Prison have been transferred.

“Our initial theory is that the contraband were able to get in through the food. During Christmas, they were not allowed visitors, even their families and counsels (were not allowed in). But they requested that food be brought to the inmates instead and these were not probably inspected somehow. There was reportedly even lechon and other types of food so maybe [the cash and mobile phones] were concealed inside,” she told reporters.

De Lima said that during the inspection of the quarters of the 19 transferred prisoners last December 28 and 29, cash were found concealed, including P48,000 and P18,000 inside two cigarette packs and P100,000 plus and P200,000 plus in trash cans. At least two inmates were also found to have cell phones.

“How in heaven’s name those items got in when I know for a fact that upon their transfer, they were extensively and thoroughly frisked? Even their underwear were inspected for concealed items,” she recounted.

Head agent Rommel Vallejo of the NBI’s Anti-Organized and Transnational Crimes Division is leading the probe. De Lima said the investigation would focus on how the items got inside the extension facility and who were the prisoners’ accomplices obtaining the cash and the mobile phones.

The prisoners are currently detained in a portion of the NBI headquarters that has been designated as a temporary extension facility of the Bureau of Corrections. The facility is manned by BuCor prison guards and NBI security officers.

The Secretary said investigators were also looking into the possibility that the inmates from the regular NBI detention center could have also helped the transferred prisoners obtain the contraband.

De Lima said she has scolded both the NBI and BuCor chiefs about the security lapse.

Asked how she felt by the discovery of the cash and the cell phones, she replied, “Well, it’s really very disappointing on my part. We planned and prepared for the December 15 operation and I ordered the transfer of the inmates, but still they were able to get contraband,” she said.

She said she would study the final report on the incident first before taking “positive action” against those found liable.

The Secretary said the prisoner, a convicted robber, was confirmed to have been under the influence of illegal drugs when he attempted to molest the girl.

She described the attempt as “unfortunate,” adding that she has spoken with the victim’s parents and told them that they should not have allowed their daughter to get out of sight.

The Secretary said the BuCor recently implemented a new regulation restricting prisoners’ visitors to immediate family members only. The new rule was adopted after New Bilibid authorities discovered that “cousins” or “family friends” allowed to visit prisoners turned out to be entertainers or sex workers.