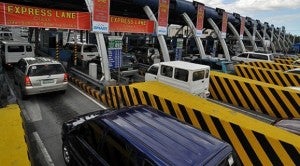 SAN JOSE CITY—It usually takes two hours to travel between this city and Metro Manila, a distance of 160 km, but road bottlenecks in many towns and cities in Central Luzon have stretched this to four hours or more.

Officials are hopeful that this would be over, soon, with the construction of two more expressways that could ease the flow of traffic from Nueva Ecija to Metro Manila via Bulacan province.

The council said the NLEx East Luzon (92.1 km) would connect San Jose del Monte City in Bulacan to Cabanatuan City in Nueva Ecija, while the CLLEx (65.4 km) would be connected to the Luisita interchange of the Subic-Clark-Tarlac Expressway (SCTEx) in Tarlac province, to open another access to Nueva Ecija.

Umali said the NLEx East Luzon is on Malacañang’s list of priority projects and is the only proposed expressway cited by President Aquino in his first State of the Nation Address in 2010 as among projects that would be built through the public-private partnership program, which allows private companies to build government infrastructure for faster results.

The NLEx East Luzon, which would cost P15.8 billion, will start from the La Mesa Parkway (or the junction of C-6 in San Jose del Monte in Bulacan) and pass through the Bulacan towns of Norzagaray, Angat, San Ildefonso and San Miguel, and Gapan City and Sta. Rosa town in Nueva Ecija before it ends in Cabanatuan City, according to the Department of Public Works and Highways.

It will cross the Angat, Peñaranda and Pampanga rivers.

The CLLEx is a four-lane expressway which will exit 2.5 km north of the Luisita interchange of the SCTEx leading to San Jose City.

Phase 1 of the project will be a 30.7-km stretch through La Paz in Tarlac, Zaragoza and Aliaga towns in Nueva Ecija and Cabanatuan City. It will cost P15.1 billion.

The project’s Phase II is a 35.7-km stretch connecting the cities of San Jose and Cabanatuan and will cost P7.6 billion.

Umali and CLRDC chair Alvarado, committed the resources of their local governments to jump start the construction of the NLEx East Luzon.

Alvarado said the council also considers the CLLEx as an important project for the agro-industrial development of Tarlac and Nueva Ecija, and part of Aurora province.

He said it would also help ease road congestion on the way to the Cagayan Valley region.

Because of the traffic jams, motorists have been using the longer route via Tarlac-Pangasinan-La Union Expressway, passing through the Pura or Victoria exits in Tarlac or the SCTEx through Zaragoza or Guimba in Nueva Ecija to the Tarlac exit.