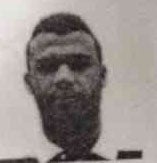 MANILA, Philippines–A Sudanese national apprehended by Manila Vice Mayor Isko Moreno for jaywalking on Roxas Boulevard was thrown in jail for a more serious offense after he threw an elbow and spat at the local government official Tuesday afternoon.

Moreno said he was at Rajah Sulayman Plaza in Malate together with other City Hall personnel setting up the stage for the city’s New Year’s Eve countdown when he saw Amro Aboud Hassan Eitayeb crossing the street and weaving through moving traffic while the green light was on.

He then approached Eitayeb to warn him that he was jaywalking and was about to let him go when the man, who appeared drunk, elbowed him and snarled back: “What f—ng law?”

“He thought I was just another civilian,” said the vice mayor, who has been called the city’s “traffic czar,” an informal title given by Mayor Joseph Estrada for him to spearhead local measures to ease road congestion.

Moreno said that as the police were accosting Eitayeb and putting him in cuffs, the latter spat at Moreno’s back.

Eitayeb was brought to the Manila Police District headquarters around 5:30 p.m. and booked for assaulting a person in authority. He remained in detention at press time.

“I was just going to inform him of the law. But because of what he did, I have no choice but to file a case against him,” Moreno said.

A personal document recovered from Eitayab indicated that he is a 23-year-old “student pilot” registered with the Civil Aviation Authority of the Philippines and is based in Angeles City, Pampanga province.