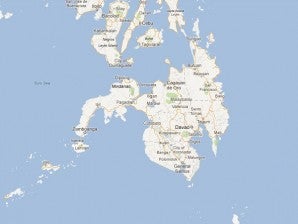 BUTUAN, Philippines – Floods forced thousands of people to be evacuated in the southern Philippines on Monday as a tropical storm battered the region with strong winds and heavy rains, officials said.

“The rains are very strong and there has been no let-up in the last three days,” Pimentel said, adding there were no immediate reports of casualties but that as many as 6,000 more people may have to be evacuated during the day.

Flood waters as deep as five feet (1.5 meters) were reported in some areas as rescuers in rubber boats rushed to aid residents trapped in their homes, he said.

The storm’s winds had felled trees and blown roofs off shanties, he added.

Seniang was forecast to bring “heavy to intense” rains within its 300-kilometre (186-mile) diameter, as it packed wind gusts of 80 kilometers (50-mile) per hour.

The storm, moving west at 11 kilometers (seven miles) per hour, is expected to cross the central Philippines in the next two days.

Two flights from the capital to the region were cancelled on Monday, the Manila airport authority said in a statement.

Surigao del Sur, in the poor farming region of Caraga, is one of the Philippines’ most flood-prone provinces.

The Philippines is battered by about 20 storms every year, many of them deadly.

A year earlier, Super Typhoon Haiyan, the strongest ever to hit land, left 7,350 people dead or missing in the same region as it stirred tsunami-like waves, wiping out entire towns.