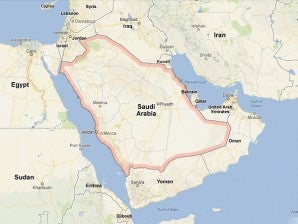 RIYADH, Saudi Arabia — Saudi Arabia’s Interior Ministry says a Yemeni man convicted of robbery has had his right hand cut off, the first such punishment carried out in the kingdom this year.

Monday’s statement by the ministry said the Yemeni had committed several robberies but gave no further details.

The last time a man’s hand was cut off by Saudi authorities was in December 2013, the only one on record for last year.

The kingdom follows a narrow interpretation of Islamic law. Muslim scholars generally agree that severe punishment should not be carried out on a person who steals due to hunger and poverty.

Also, Saudi Arabia has one of the highest execution rates in the world. It has carried out at least 78 executions this year, most of them for drug smuggling.