Aquino: It’s been all good news after Korea 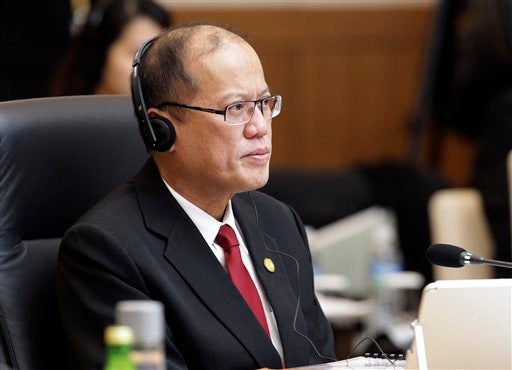 MANILA, Philippines—From the moment he touched down on Philippine soil after a two-day trip to South Korea, it has been nothing but “good news” for President Benigno Aquino III.

“Upon our arrival from Korea, we received one good news after another. All our efforts for our countrymen are all worth it,” said Mr. Aquino who returned late Friday after attending with other Association of Southeast Asian Nations (Asean) leaders the 25th Asean-Republic of Korea Commemorative Summit in Busan, South Korea.

“The challenge for us is to respond to these with diligence in implementing progress and projects aimed at making the transformation in society permanent,” he said.

First, he said, there was the Moody’s Investor Service upgrading of the Philippines’ sovereign credit rating.

Moody’s raised the Philippines’ credit rating by one notch as it recognized the government’s falling debt levels and the strength of the domestic economy.

“This just proves that the businesses have the confidence to invest in the Philippines,” Mr. Aquino said.

And then, he said, the Philippines for the second time became eligible for a new grant from the Millennium Challenge Corp. (MCC) that could be used for the government’s continued fight against poverty.

“(T)he Millennium Challenge Corp. again chose the Philippines for another compact (also known as a grant). This is a vote of confidence for the reforms under the ‘straight path’ and it will lead to more initiatives against poverty,” Mr. Aquino said.

The MCC, an independent US aid agency created by the US Congress in 2004 to support the United Nations Millenium Development Goals, announced on Dec. 11 that the Philippines had been found eligible for another compact.

Discussions for the second compact for the Philippines will soon begin, Philippine Ambassador to the US Jose Cuisia Jr. said in a statement from Washington, D.C.

Yet another piece of good news was the favorable verdict for the Philippines in the arbitration case over the Ninoy Aquino International Airport (Naia) Terminal 3 filed against the government by Fraport, the German partner of the Filipino group, the Philippine International Air Transport Corp. (Piatco), that built the facility.

The International Center for Settlement of Investment Disputes, the arbitration arm of the World Bank based in Washington, D.C., ordered Fraport to pay the Philippine government $5 million in damages for violating the Anti-Dummy Law.

Mr. Aquino also took note of the Supreme Court decision to grant the government’s motion for partial entry of judgment of its ruling on the coco levy funds, which paves the way for the President to issue an executive order that would create a trust fund for the coconut farmers.

The President also dwelt on the gains of his trip to South Korea—a new $500 million loan and $25 million in grants from Seoul.

“These are concessional loans with a favorable interest rate given to us which would indeed help us in our development projects,” Aquino said.