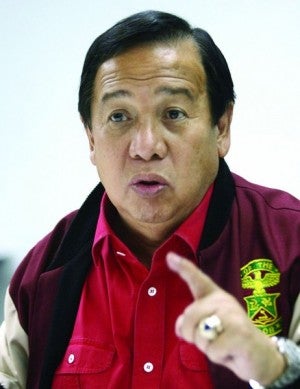 PRC Chairman Richard Gordon in statement said the caravan would augment field operations in the Visayas to continue to assist the recovery of areas devastated by Ruby.

He said an “army of health workers,” who brought with them blood, was also sent to the affected communities.

According to him, tents to Tacloban and Samar, including sets of sleeping kits (blankets, mosquito nets, plastic mats), tarpaulins, hygiene kits aside, and food packs were also brought to the area.

“A lot of places elsewhere in the country that [were] in the path of Typhoon Ruby got lucky, and saw little or no devastation. Unfortunately, I can’t say the same here, where it’s clear that things are really bad,” Gordon said.

He said that the Red Cross also sent GI sheets ”so that people won’t be homeless when they get out of evacuation centers. ”

Meanwhile, PRC Secretary General Gwendolyn Pang said that while the devastation brought by Ruby was not as bad as those of typhoons Yolanda (international name: Haiyan) or Pablo ” many families were still left without a home and livelihood”.

She said children ”would also need to be taken care of, so that trauma from the typhoon won’t affect them as much. We will bring toys and shoes, also.”