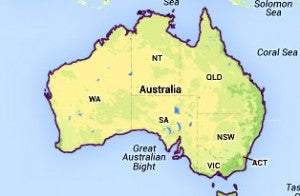 SYDNEY–The Catholic Church in Australia on Friday said that obligatory celibacy may have contributed to priests abusing children, and recommended that clergy should be given “psychosexual” training.

In a landmark report, an Australian Catholic Church body dealing with the legacy of child sex abuse added that some church institutions and their leaders turned a blind eye to what was going on for years.

“Obligatory celibacy may also have contributed to abuse in some circumstances,” the Truth, Justice and Healing Council said.

The council is helping the Catholic Church respond to Australia’s Royal Commission into Institutional Responses to Child Sexual Abuse, which was set up last year.

The commission is investigating widespread allegations of pedophilia in religious organizations, schools and state care.

The council, on behalf of the Church, is compiling a database of abuse by Australian clergy dating back to the 1940s.

Its preliminary work has suggested the number of pedophile priests was about 4 percent in Australia, twice as many as the number globally Pope Francis was quoted as giving by Italy’s La Repubblica newspaper, in comments later questioned by a Vatican spokesman.

The Catholic Church has come under pressure to reconsider the tradition of clerical celibacy, which although practiced for hundreds of years is not an unchangeable part of Church rules.

Council chief executive Francis Sullivan said even the most sacred church traditions, including celibacy, must be up for discussion, although he was not recommending that the no-sex vow be changed.

“What our council’s report says is that we recognize that celibacy can be a contributing factor,” he told ABC radio.

He said the way priests were trained should be addressed.

“When we have a public inquiry into the sex crimes in the Catholic Church, you need to address how sexuality is understood and acted out by members of the clergy,” he said.

“That’s called psychosexual education. Certainly in the past, there was none.”

Earlier this year the pope apologized to abuse victims for the “grave crimes” committed against them, and for the complicity of the church in covering them up.

The report released in Australia on Friday said there was often more concern with protecting institutions than children, and criticized a culture “geared to power over others” rather than service.

Sullivan said in a media release that the scale of the abuse uncovered since the royal commission was set up “has gone beyond even the worst expectations of many.”

“The public hearings have exposed the failings within the church to understand the extent of the crisis and, certainly in the early years, to put in place a pathway for survivors of abuse to be heard and to access justice,” he said.

“What we have seen however over the past two years is the willingness of the church leadership to tackle the emerging issues head-on, to understand the need for change and for a new approach to the survivors.”

He said church leaders now recognized that the sexual abuse of a child by a priest was a crime under Australian and canon law.

Pope: Bishops must be accountable for sex abuse