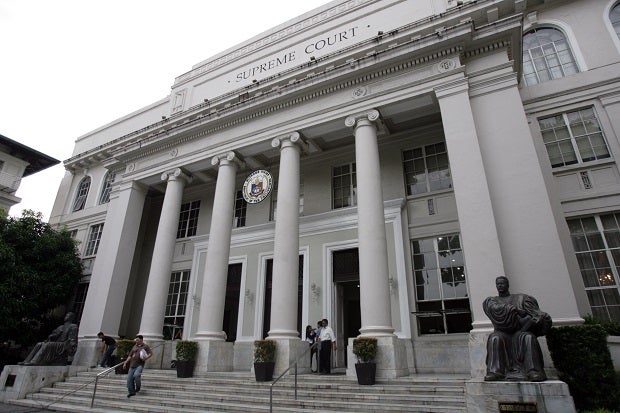 In a unanimous vote on Wednesday, the high court shot down former Camarines Sur Governor Luis Raymond Villafuerte Jr.’s petition that sought to nullify three issuances by Robredo during his time at the Department of the Interior and Local Government that required the publication of local government finances on their official websites.

“The assailed issuances of the respondent are but implementations of this avowed policy of the State to make public officials accountable to the people,” said the high court in affirming the memos issued by Robredo, who was an exemplar of clean governance.

“They are amalgamations of existing laws, rules and regulation designed to give teeth to the constitutional mandate of transparency and accountability,” it said in a decision, the pertinent parts of which were released Wednesday.

The official, who was known for his “Tsinelas leadership” style of people-centered and grassroots governance, passed away in a plane crash in Aug. 18, 2012.

In its decision, the high court upheld Robredo’s clean governance legacy, saying: “The assailed issuances are issued to promote good governance through transparency, accountability and participation.”

Twelve magistrates voted to affirm the Robredo memos, while three justices — Associate Justices Arturo Brion, Lucas Bersamin and Jose Perez- were on leave during deliberations on Wednesday, the last full-court session for the year.

Villafuerte, who passed on his position to son Miguel Villafuerte in 2013, had sought relief before the high court in 2011 contending unconstitutionality against memorandum circulars Robredo had issued to promote fiscal transparency and accountability in local government units (LGU).

The former governor said the issuances violated the fiscal autonomy of LGUs.

In the petition, Villafuerte said the issuances “are unconstitutional for having been issued in grave abuse of discretion amounting to lack or excess of jurisdiction.”

But the court disagreed, saying public disclosure of the status of LGU finances does nothing to diminish the devolved power of local governments to manage their own funds.

“It is inconceivable…how the publication of budgets, expenditures, contracts and loans and procurement plans of LGUs required in the assailed issuances could have infringed on local fiscal autonomy,” the high court said.

It noted that the memos “do not interfere” with LGUs’ discretion on fund disbursements and that Republic Act 7160 or the Local Government Code itself, a law that Villafuerte invoked in his petition, requires public disclosure of such information.

“The posting requirements are mere transparency measures, which do not at all hurt the manner by which LGUs decide the utilization and allocation of their funds,” the Supreme Court said.

The high court also cited jurisprudence that upheld the national government’s exercise of supervisory powers over LGUs if only to make sure that their programs would be “consistent with national goals.” The court said local fiscal autonomy “does not rule out any manner of national government intervention by way of supervision.”

“The President, by Constitutional fiat, is the head of the economic and planning agency of the government, primarily responsible for formulating and implementing continuing, coordinated and integrated social and economic policies, plans and programs for the entire country,” said the court.