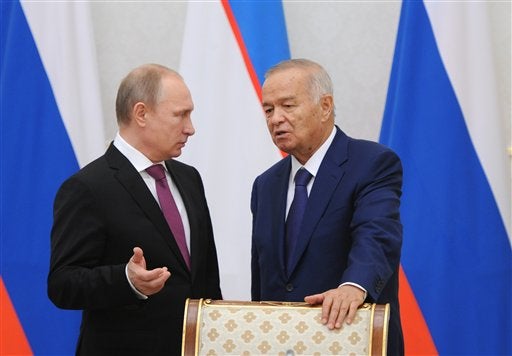 MOSCOW— Russia has written off $890 million in debts owed by Uzbekistan as part of a deal to deepen economic ties between the former Soviet nations.

The deal was part of a broad agreement signed Wednesday during a visit by Russian President Vladimir Putin to the Central Asian nation for talks that touched on trade and security.

In an exchange published on the Kremlin website, Uzbek President Islam Karimov said Russia would play a major part in ensuring stability in the region after NATO’s pullout from Afghanistan. Uzbekistan and Afghanistan share a heavily-guarded 210-kilometer (130-mile) border marked by the Amu-Darya River.

Cancellation of the $890 million debt, which had been out-standing since the early 1990s, likely opens the way for Uzbekistan to invest in Russian weapons.