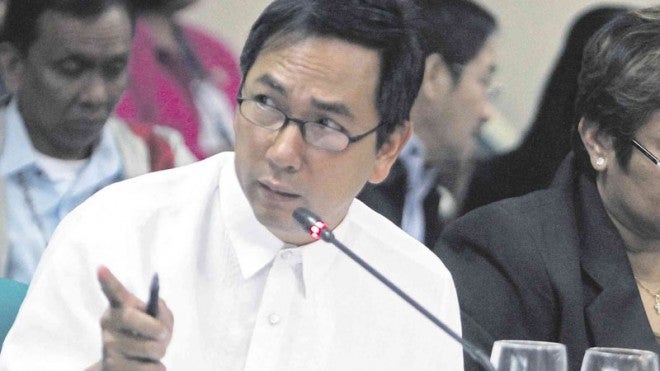 CALBAYOG CITY, Samar—Energy Secretary Jericho Petilla has given assurance that power in the three Samar provinces, Leyte and Biliran will be restored before Christmas.

Petilla told a briefing here on Monday afternoon that while he could not give an exact date when power would be back, it would be restored before Dec. 25.

“Definitely there will be power before Christmas because we don’t want you to have a dark Christmas,” said Petilla, whose political clan is from Eastern Visayas.

Petilla said that based on his meeting with the National Grid Corporation of the Philippines (NGCP), the extent of the damage to the transmission facilities caused by typhoon “Ruby” (international name: Hagupit) could not yet be determined.

The NGCP, in a media advisory on Monday, said it would conduct an aerial survey and send foot patrols to the transmission lines supplying power to Samar and Leyte to assess the damage.

Restoration timelines will be drawn up based on the assessment.

Petilla said a team from the NGCP started the assessment only on Monday, when the weather began to improve.

In a statement, Globe Telecom said its operations team was working to restore the base station controller located in Gigoso villagee, Giporlos town, Eastern Samar.

In a separate statement, Smart Communications Inc. (Smart) and Sun Cellular (Sun) said their network services continued to operate normally in most of the areas affected by Ruby even as cellular services in the worst-hit areas of Samar and Biliran had started to normalize.