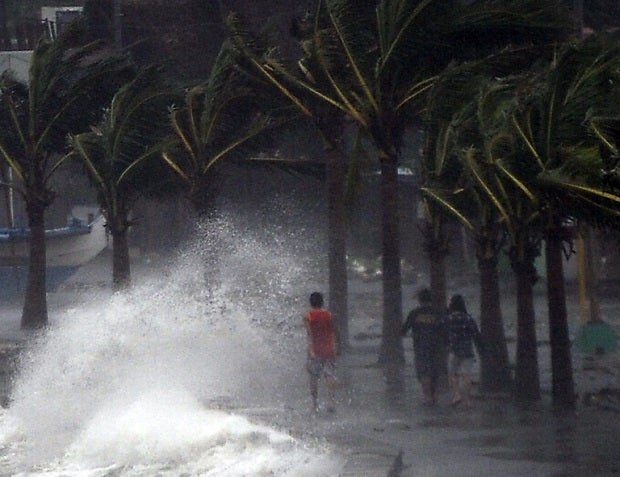 Residents walk past high waves brought about by strong winds as it pound the seawall, hours before Typhoon Hagupit passes near the city of Legazpi on December 7, 2014. Typhoon Hagupit tore apart homes and sent waves crashing through coastal communities across the eastern Philippines, creating more misery for millions following a barrage of deadly disasters. AFP/TED ALJIBE

LUCENA CITY, Philippines–The provincial disaster coordinator of Marinduque expressed fears that the abandoned mine dams of the former Marcopper Mining Corporation might collapse under the onslaught of approaching Typhoon Ruby (Hagupit).

He said the people were afraid that strong rains from Ruby could trigger the abandoned dams to collapse as it could no longer hold more water.

He recalled that a strong typhoon in 1993 caused heavy flooding to the towns of Boac and Mogpog.

Raza said several rescue teams from PDRRMC were now ready to attend and respond to emergencies.

“We already have evacuated 1,500 residents in low lying areas particularly along riverbanks and coastlines since Saturday. Most of them have voluntarily evacuated,” he said.

The evacuation of residents in dangerous areas is ongoing, he added.

Raza expressed fear that once the dam breaks, it would cause catastrophic flooding to the towns of Mogpog and Boac.

Makulapnit and Maguila-guila are among the dams of Marcopper identified to be in “imminent danger of collapsing” by the United States Geological Services as early as 1996 or after the spill occurred.

Makulapnit dam was built to supply water for the operations of Marcopper and for household use by residents within the vicinity, while Maguila-guila dam served as the mining company’s siltation dam.

The inactive dams were abandoned when Marcopper stopped its operation after the spill in 1996. Both dams have deteriorated.

Raza also cited studies that the east wall portion of Tapian pit of Marcopper was weakening and in danger of collapse that could cause flooding to several villages along the banks of the 27-kilometer Boac River.

The Tapian pit is a 130-ha wide and 320-m deep hole that was created in the process of mining copper near the summit of Mount Tapian.

“The river is heavily silted with mine tailings deposit which can easily cause floods,” Raza said.

In 1996, the plug of the Tapian pit gave way and unleashed approximately 200 million tons of toxic mine tailings into the Boac river.

Almost two decades after the disaster, the damaged areas have yet to be fully rehabilitated. 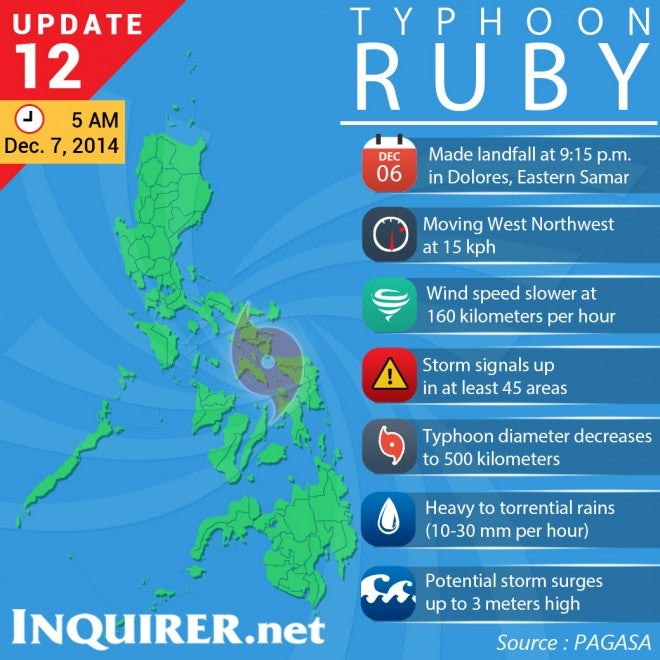