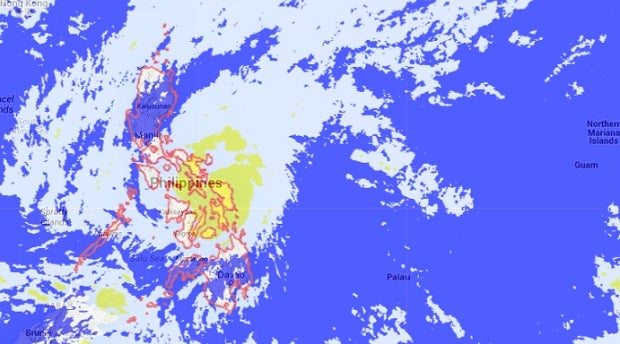 MANILA, Philippines―Typhoon Ruby (international name: Hagupit) has slightly weakened, now packing maximum sustained winds at 160 kilometers per hour (kph) near the center from 175 kph and gusts of up to 195 kph from 210 kph, the state weather bureau said Sunday morning.

According to the 5 a.m. weather bulletin issued by Philippine Atmospheric, Geophysical and Astronomical Services Administration (Pagasa), the center of Ruby was last seen at 40 kilometers northwest of Catbalogan City, Samar province.

The typhoon is moving at 15 kph in a west northwest direction. At its current pace, Ruby is expected to make landfall at Masbate province at 10 a.m.

Ruby is expected to make landfall six times in various parts of the country before it exits the Philippine Area of Responsibility on Wednesday morning. 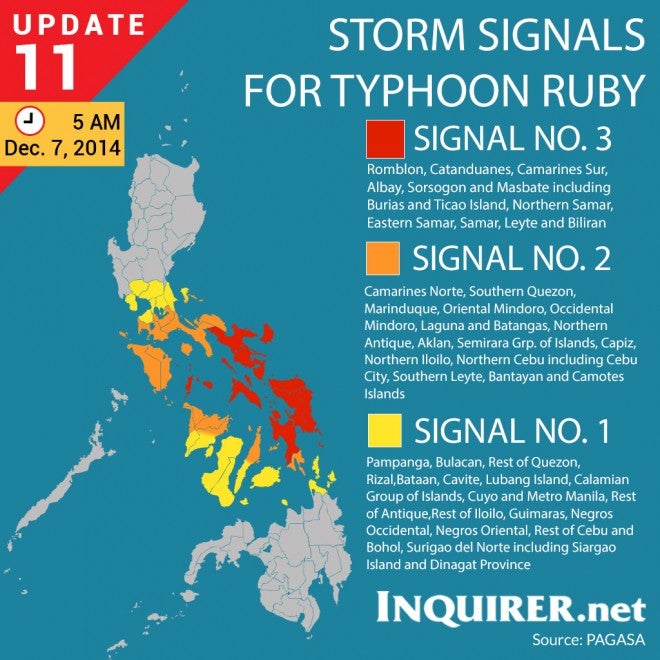 RELATED STORIES
‘Signal No. 1 up in Metro Manila, 7 provinces as Ruby heads to Masbate

List of cancelled flights on December 7, 2014 due to Ruby― Naia-Miaa