France ready to step up airstrikes vs ISIS 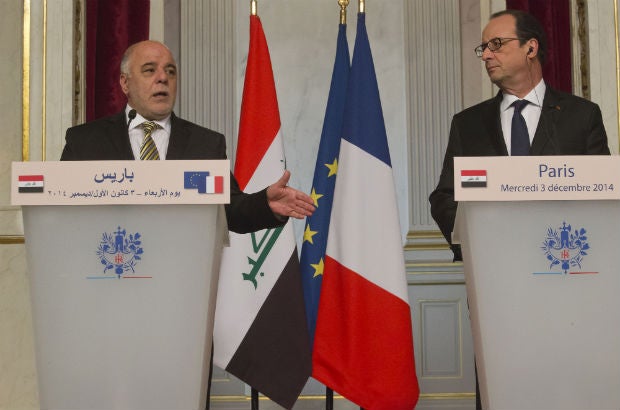 PARIS — France’s president said that the country is ready to step up airstrikes against Islamic State militants in Iraq, alongside the U.S.-led coalition.

After a meeting with Iraqi Prime Minister Haider al-Abadi in Paris Wednesday, Francois Hollande told journalists that France was ready to “carry out quick and efficient actions” to back up Iraqi forces.

Last week, France announced it would send six fighter jets to Jordan to back the U.S.-led coalition, in addition to the 12 French aircraft already participating in strikes in Iraq.

Hollande and al-Abadi didn’t comment on a report from the Pentagon Tuesday that said Iran had launched airstrikes against Islamic State forces in eastern Iraq.