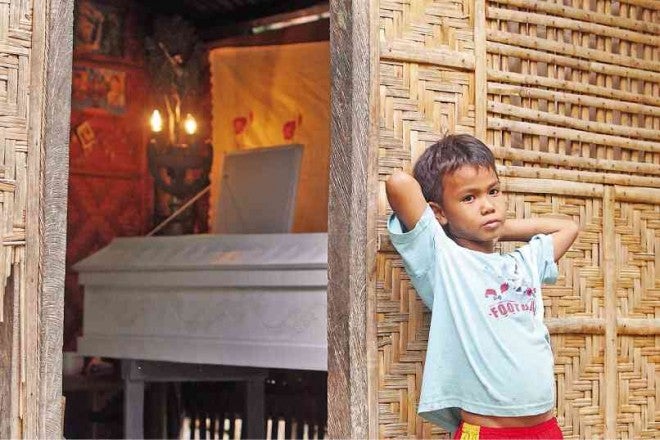 THE GRIEF may be too deep but it doesn’t show on the face of 8-year-old Jason Baldado, who lost his mother Alona to flood spawned by Tropical Storm “Queenie” in Malabuyoc town, Cebu province. The coffin bearing Alona’s body lies inside the Baldado home. TONEE DESPOJO/CEBU DAILY NEWS

COTABATO CITY—Up to 50,000 children are displaced every year by armed conflicts in the Philippines, according to the highest ranking official in the country of a United Nations agency working for the welfare of children worldwide.

Many of the armed conflicts are in Mindanao, according to Lotta Sylwander, country representative to the Philippines of the United Nations Children’s Fund (Unicef).

She said the UN-MILF action plan is the key component of a program to protect children during armed conflicts.

“Children are affected by armed violence in different ways. They can be recruited as child soldiers, killed, injured and be deprived of access to basic services, including education and healthcare,” she said.

“Children living in conflict areas in the Philippines are among the most vulnerable, and together with its partners, Unicef is working for all of their rights to be realized and protected,” she added.