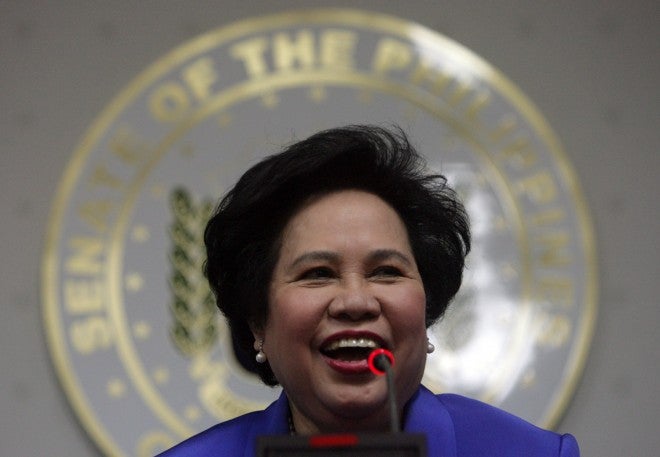 MANILA, Philippines—Pope Francis will be in for a surprise when he meets Senator Miriam Defensor Santiago during his state and apostolic visit in the country in January.

Santiago said that she would greet the pontiff with “Hi, sexy!”

During the launch of her book “Stupid is Forever,” she said that greeting is intended to inject humor in a “divine” environment.

“Well, just to make him laugh because everyone has a long face when he’s around and pretend to roll their eyes upward and look penitential or divine,” Santiago said to the press.

The lady senator also said that since the Pope Francis is “progressive,” he would not take offense on her remark.

“We need to have some humor in our lives even with the pope because from what he is issuing so far, he shows that he is a very progressive trail of thought. I think the pope will classify himself as a progressive as well. I think he would not take offense on things like those,” Santiago added.

Pope Francis will be in the country from January 15 to 19 for his state and apostolic visit.