Camarines Sur Representative Leni Robredo, one of the FOI authors, said the House version of the bill that seeks transparency and accountability in government has more teeth than the Senate version.

Robredo, the widow of the late Interior Secretary Jesse Robredo, said the House version unlike the Senate has an open data provision, which requires government agencies to upload on the Open Data Philippines website their documents pertaining to the implementation of their projects and programs.

“The House version is stronger than the Senate version because the former gives a greater obligation for government to publicize information. We are the first country in the world to have an open data provision in the FOI,” she said in a press conference. 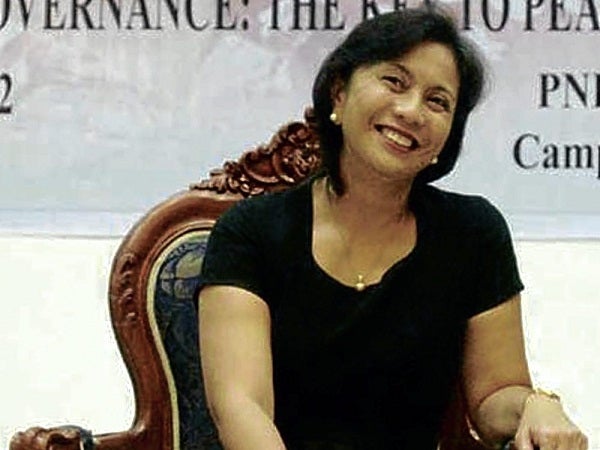 Robredo, however, admitted that some representatives expressed reservations about the bill that will require lawmakers to disclose their statements of assets and liabilities networth (SALN) sans the confidential personal information.

Public information chair Misamis Occidental Rep. Jorge Almonte vowed that the bill would be passed within the 16th Congress. He, however, refused to give a date for him to sponsor the bill to the plenary because the bill will have to be tackled in the appropriations committee for sources of funding.

After a year of technical working group hearings to consolidate different versions, the public information panel approved last month the FOI bill, which the Makabayan bloc called a “toothless” bill.

The bill will then be tackled in the appropriations committee to determine the sources of funding. After which, it will move on to the plenary for second reading where it will be open for debates and amendments.

According to the approved draft bill titled “An Act to strengthen the right of citizens to information held by government, “the State recognizes the right of the people to information on matters of public concern and adopts and implements a policy of full public disclosure of all its transactions involving public interest, subject to the procedures and limitations as provided by this Act.”

Access to information is a legal presumption in government, the bill said, adding that the state agencies will be the ones tasked to prove that the information requested is exempted from disclosure.

The bill sets the following exemptions to the public disclosure policy:

– Information requested is authorized to be kept secret under an executive order, provided that information directly relates to national defense and security, foreign affairs, the revelation of which will affect the conduct of such matters
– Information are records of minutes, advice and opinions expressed during decision-making or policy formulation invoked by the President to  be privileged information. Only after formulation of policy and decisions will the information be released to the public
– Information pertains to internal and/or external defense, law enforcement and border control, the disclosure of which would affect operations involving such matters
– Information are drafts of the following: orders, resolutions, decisions, memoranda, or audit reports by any executive, administrative, regulatory, constitutional, judicial, quasi-judicial body in the exercise of their adjudicatory and/or audit function
– Information is obtained by a Congress committee in executive session
– Information pertains to personal information of a person from public or private sector, and its disclosure would constitute unwarranted invasion of his or her personal privacy
– Information on trade secrets and commercial or financial information or intellectual property, the disclosure of which would prejudice interests of the party involved
– Privileged communications in legal proceedings by law or by Rules of Court
– Information is exempted by law or Constitution
– Information the premature disclosure of which will likely lead to fraud, manipulation or other unlawful acts or schemes involving currencies, interest rates, securities or the commodities market that will likely frustrate the effective implementation of an action by an government agency that regulates or deals with currencies, interest rates, securities, commodities or financial institutions

The bill said government agencies must comply with the request within 15 working days from receipt, but the period may be extended if the information requested will require a thorough search of the government agency’s office.

The bill also wants government agencies to set up and maintain a website that would make public its transactions.