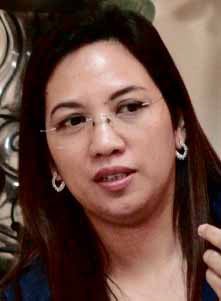 MANILA, Philippines–The Department of Health (DOH) on Monday said the people behind the controversial dengue-malaria drug experiment must be held liable for rolling out the clinical trials in several hospitals in the country without accountability and transparency.

In a statement read by DOH spokesman Lyndon Lee Suy at a press briefing on Monday, the Office of the Secretary under acting Secretary Janette Garin said the clinical trials using the supposed “breakthrough drug” ActRx Triact were “highly irregular and dangerous.”

“In not following and complying with the basic protocol of scientific experiments using human subjects, the researchers are endangering the lives of the Filipino people who were given ActRx Triact without accountability and transparency,” said the statement.

It was the first time the DOH made an official statement on the matter. But it earlier reported that Garin convened a technical working group to look into the clinical trials using ActRx Triact as treatment for dengue and malaria.

ActRx Triact, a two-day regimen against dengue and malaria, is composed of artemether sublingual spray, artesunate and berberine tablets.

The multidrug treatment was supposedly discovered by Clark-based Preferred and Proven Therapies Inc., owned by Hexilon Alvarez, son of former Sen. Heherson Alvarez, and in collaboration with US-based ActRx Foundation.

Berberine, a compound found in herbs, has been in use in Europe and China for more than 2,500 years for various diseases, such as intestinal infections, fever syndromes and hypertension.

But for lack of scientific studies on berberine, the Food and Drug Administration (FDA) did not give it certification for sale in the Philippines. 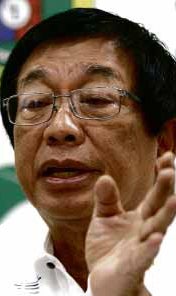 Documents prepared by the DOH review committee looking into the controversial clinical trials said that there had yet to be a study conducted on ActRx in other parts of the world and that berberine had not been “scientifically studied before it was used as an experimental drug on Filipinos.”

The clinical trial for malaria treatment started in November 2012 at the rural health units of Bataraza and Rizal in Palawan province and Leoncio General Hospital in Brooke’s Point and Ospital ng Palawan in Puerto Princesa.

In 2013, ActRx Triact was tested at San Lazaro Hospital in Manila in the treatment of dengue patients.

On Nov. 14, Garin ordered the suspension of the national program on the study of the experimental regimen for the treatment of dengue, a mosquito-borne disease.

It was Health Secretary Enrique Ona who gave the green light to the regimen in his Department Order No. 2014-0161.

On Sept. 24, a month before he went on leave, Ona issued the order, integrating ActRx Triact in the “standard of care in the management of dengue patients in the Philippines” after the study supposedly showed good results at San Lazaro Hospital.

In the statement Monday, the DOH declared that the 2012 and 2013 clinical trials should not have happened due to the following reasons:

— Berberine was used in the studies even without specific and definitive scientific basis for the researchers’ claims that it can cure malaria or dengue.

— Artemether and artesunate are made from artemisinin, a drug used for treating malaria along with other drugs, particularly lumifantrine and primaquine to prevent drug resistance.

“The use of artemether and artesunate is considered ‘artemisinin monotherapy,’ which increases the prevalence of resistance to antimalarial drug.”

— The combination of berberine with the two artemisinin-based drugs may have long-term effects that have not yet been sufficiently studied, which “may possibly ruin the lives of Filipino malaria and dengue patients.”

The DOH also said on Monday that the subjects of the clinical trials were not given due protection because the experiment did not comply with the International Conference on Harmonization Guidelines for Good Clinical Practice.

The DOH also cited “deficiencies” noted by the Philippine Council for Health Research and Development in the 2013 dengue clinical study, such as the absence of baseline characteristics of study participants and preclinical studies on each of the three drugs that would show which of them has antidengue properties.

The DOH added that the clinical study lacked scientific justification for using artemether and artesunate, which are drugs used for malaria, in the treatment of dengue.

Read Next
COA: Red flags all over P15B Malampaya Fund
EDITORS' PICK
Pagasa: Warm, sunny Sunday in most parts of PH
vivo’s coming to town to grant wishes with more holiday promos
EDITORIAL: To a bike-friendly future
The Best Tech Gifts For The 2022 Holidays
Is it safe to talk politics again at family gatherings? ‘The Reconciliation Dinner’ shows us what that’s like
House energy committee chair Arroyo bats for cheap electricity
MOST READ
LOOK: Vhong Navarro transferred to BJMP detention facility in Taguig
The Elephant Man in the Senate
Posh village as ‘shabu’ haven
LOOK: Zanjoe Marudo bonds with Ria Atayde, her family
Don't miss out on the latest news and information.