MANILA, Philippines–The head of the Bureau of Corrections and some prison guards at the New Bilibid Prison (NBP) have been receiving death threats from groups behind the illegal drug trade, Justice Secretary Leila de Lima said on Tuesday.

“The BuCor director (Jesus Bucayu) confided in me last week na may mga death threats. We are still validating the threats and we do not take it lightly,” De Lima said at the sideline of the BuCor’s 109th founding anniversary celebration. 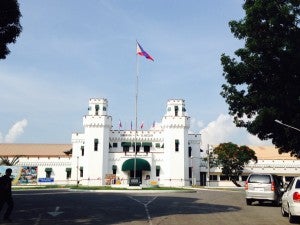 De Lima said the threats to prison authorities may be due to the intensified anti-illegal drug operations in the national penitentiary.

She said that in two weeks, the authorities had recovered more than 100 grams of “shabu” or methamphetamine hydrochloride.

Donato was part of the crack team of NBP personnel tasked with conducting anti-drug operations inside the NBP.

De Lima admitted that some drug offenders still operate inside prison amid intensified efforts by the government.

Last week, De Lima vowed a no-nonsense drive to get rid of all drug-related activities inside the NBP.

She issued the statement following a television report that 78 percent of the inmates at the NBP’s maximum security compound were found positive of using illegal drugs. Prison authorities have held 44 inmates for possession of illegal drugs.