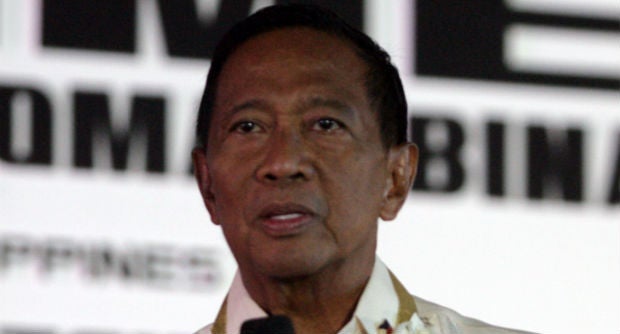 CITY OF SAN FERNANDO, Philippines—Vice President Jejomar Binay is listed as administrator of four lots, totaling more than 2 hectares, in Dingalan town in Aurora province facing the Pacific Ocean, according to copies of declarations of real property obtained by the Inquirer from the provincial government.

Binay’s supposed properties in Barangay (village) Matawe are well-known to residents in the logging town of Dingalan, where more than 300 people were killed by landslides in November and December 2004, local officials said.

Dingalan, 176 kilometers away from Metro Manila, is accessible through Gabaldon town in Nueva Ecija province or General Nakar town in Quezon province. These are linked through the P760-million, 358-meter Umiray Bridge that the government completed in 2013 with a loan from the Japanese government.

The lots are along the main road. Three of the four lots were covered by the government’s agrarian reform program, their titles originating from Certificates of Land Ownership Award (Cloas). Three of the lots are part of a single cadastral lot.

The owners or Binay did not sign the sworn statements of ownership or subscribed to these documents. Makati City is typed on the space for Binay’s address.

In a statement on Sunday, Joey Salgado, the Vice President’s spokesman, denied that Binay owned the Dingalan lots.

“The Vice President did not execute the purported tax declaration as can be seen by the absence of his signature in any of the documents shown by the Inquirer. Neither is there any proof of authenticity,” Salgado said.

He said what he knew was that former Makati Vice Mayor Ernesto Mercado, who had testified in the Senate blue ribbon committee hearing on alleged irregularities in Makati City government projects and the hidden wealth of Binay and his family, owned properties in Aurora.

“This is no different from Mercado’s claim that the Vice President owned a condo unit at The Peak Tower in Makati when the real owner is Mercado himself. The condo is under the name of a person who turned out to be Mercado’s cousin and a known dummy in several businesses,” Salgado said.

Aurora officials confirmed that Mercado owned several lots next to the lots supposedly owned by Binay.

There are no structures on lots administered by Binay, while Mercado’s lots are being developed as a resort, the officials said.

In the same document, neither Flora nor Binay had written any information about the land or improvements there. This lot, declared a pastureland, spans 6,942 square meters and originated from CLOA-T-2095. Its total adjusted market value is P33,320, with an assessed value of P10,000.