He lost all of his siblings to liver cancer caused by hepatitis B in a five-year period, from 2008 to 2013. Today, he is in danger of losing his own life, having been diagnosed late last year with the same dreaded disease which decimated his family.

Baltazar “Vhal” Lucas, 31, the oldest in the brood, however, is not about to resign himself to the same fate. After all, he has a wife, a young son and a baby daughter on the way, plus bereaved parents who have no one now but him.

He had the tumor on his liver surgically removed last February, soon after he tested positive to the big C. Follow-up tests a few months later, however, showed new, malignant growth. He was told he had several options but that his best chance is to undergo an expensive liver transplant.

Vhal’s doctor is Dr. Janus Ong, a transplant hepatologist and has a Master of Public Health from Johns Hopkins University. Ong connects the medical troubles that plagued the Lucas brood to the hepatitis B virus which their mother contracted in her younger years and which she transmitted to her offspring at birth.

About 7.3 million Filipinos or 16.7 percent of the country’s adult population are chronically infected with the virus. Of these, 1.1 to 1.9 million are expected to die prematurely of cirrhosis or liver cancer. 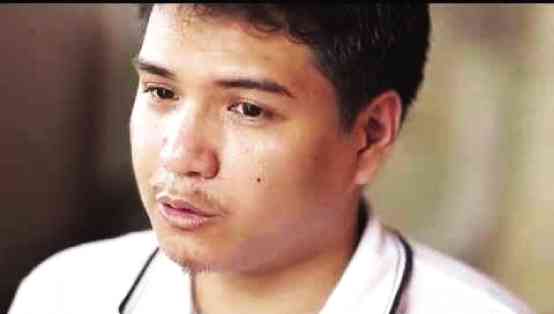 Ong notes that he has witnessed as many liver cancer cases from hepatitis B in a half-year in the Philippines as he has in the 12 years he practiced medicine in the United States.

Of Vhal, he says: “How can I not try to help him? His mother…had four sons. Now she only has one. If there is a way to potentially cure her remaining son, I have to do it.”

He confirms Vhal needs a new liver as his own is scarred all over and no longer healthy.

Ironically, it was the youngest, Marc Anthony, who was first afflicted. Diagnosed with tuberculosis in early 2008, he went through a series of medical exams when he responded poorly to anti-TB treatment. Found positive for hepatitis B, he quickly deteriorated and died of liver failure before the year ended, shortly before he was to turn 20.

Urged by the doctor to take tests, Vhal and his remaining brothers discovered they too had chronic hepatitis B like Marc and their mother. Only their father was untouched by the virus.

The revelation marked a turning point for Vhal and his brothers Aristotle (Aris) and Joseph (Joey). Knowing they had to live with the virus all their lives, they started on a journey of healthy living. They eschewed tobacco and alcohol and stuck to a diet mostly of fruits and vegetables. They went to the doctors for regular checkups. Diligently reading up on their condition, they followed many prescriptions that resonated with them.

For a while, the regimen seemed to work. Aris put up a computer shop which soon thrived; Joey worked as a videographer for the city government of Malolos, Bulacan province; Vhal himself got married and started a family also in Malolos.

The nightmare, however, refused to go away.

In April 2013, Aris experienced constant stomach pain and bloating. At first he dismissed these discomforts as nothing but kabag and attributed it to an unusually hot summer that year. But his condition worsened: He couldn’t eat and was getting thinner and weaker. After a series of medical tests, he was diagnosed with late-stage liver cancer. He died that September, at 27.

During the wake for Aris, Joey, 26, was often observed doubled up in his seat though uncomplaining. After the funeral, his family had him checked. The findings: stage-3 liver cancer that has spread to his lungs. In two months, he was gone. The last two of Vhal’s brothers died two months of each other.

The last one standing, Vhal has vowed not to be felled: When the time comes, he would be the one to bury his parents, not the reverse.

When Joey went through a medical check up, Vhal had one, too. From then on, he made it a habit to have himself examined, to the point that he called himself “praning” (Filipino slang for paranoid). Even with successive negative findings, he would still go through diagnostics.

When the dread tumor showed itself last December, he lost no time having it removed. When the tumor came back, he was unfazed. He clings to the hope his stage-3 liver cancer is curable. It has not, after all, spread to other organs.

Vhal is now in queue as a beneficiary of a cadaver donor program.   In the meantime, he tries to tell his story every chance he gets in a bid to gather the funds he needs for the liver transplant that would save his life. His wife, Adalyn, also put up an online donation site at gofundme.com, where she appealed: “We just started our own family. I wish to grow old with my husband. Our son and daughter need their father.”

Vhal continues to work as computer programmer in a publishing house whenever his physical condition allows him to, in order to support his family and provide for his medical needs.

“I am sure my brothers would want me to pull through,” he asserts.

The author is a retiree from the University of the Philippines who has found second wind as a freelance writer, editor and media consultant.