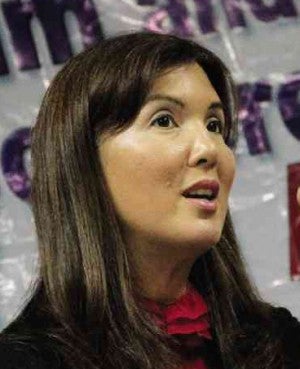 MANILA, Philippines—Its facilities are bad enough. Worse, its coffee shops don’t even offer decent coffee, and its restaurants have turned into smoking areas.

Sen. Pia Cayetano on Thursday night aired her “concerns” about the Ninoy Aquino International Airport (Naia), adjudged one of the worst airports by travelers around the world.

“One of the important elements for a tourist is comfort in waiting in an airport, and Naia 2 does not have any decent coffee,” Cayetano said during plenary deliberations on the 2015 budget of the Department of Transportation and Communication.

“Naia 1 has one, but the selection is otherwise…” she added, pausing in mid-sentence.

“It’s a bad airport to begin with. But there are a lot of little things that we can do, and No. 1 would be, you know, elevate it to what we want people to think. We want to promote shopping, but when you get there, there’s no decent coffee shop, there’s no place to enjoy,” she continued.

Cayetano, who has prepared a three-page letter to airport general manager Jose Angel Honrado, also observed that a restaurant, Tinderbox in Naia terminals 1 and 2, has converted itself into “a totally smoking establishment.”

“In effect, they have banned nonsmokers [from their establishment],” she said.

On the other hand, there’s a smoking area in one of Naia’s three terminals that is not completely shut because it emits smoke, said the senator, vice chair of the health committee.

“So when I was sitting in one of the regular cafes there, I could smell the smoke coming in,” she said.

Cayetano reminded the transport officials, led by Secretary Joseph E. A. Abaya, that smoking is prohibited in public places.

“This is a violation of our antismoking policy. If you could just look into this,” she said.

Sen. Sergio Osmeña III, who raised a host of questions on the DOTC’s proposed 2015 budget, agreed with her.

“I’d like to voice my support. There should be no smoking at all in any airport, with the exception perhaps of the members of the Senate finance committee who smoke,” he said. “The other modern airports we’ve seen, there’s a dedicated smoking room where everybody can kill himself.”

Cayetano also noticed that Naia’s three terminals lacked lactation stations, which are present in some domestic airports. She said this is mandated by law.

Naia has ranked fourth among the world’s worst airports, thanks to improvements in terminal 3, according to the latest 2014 survey by “The Guide to Sleeping in Airports,” a travel site.

The site ranks airports based on votes cast by travelers who rate the facilities according to comfort, amenities and overall experience.

Sen. Francis Escudero, chair of the finance committee and sponsor of the DOTC budget, said the rehabilitation of terminal 1 would be completed by April next year.