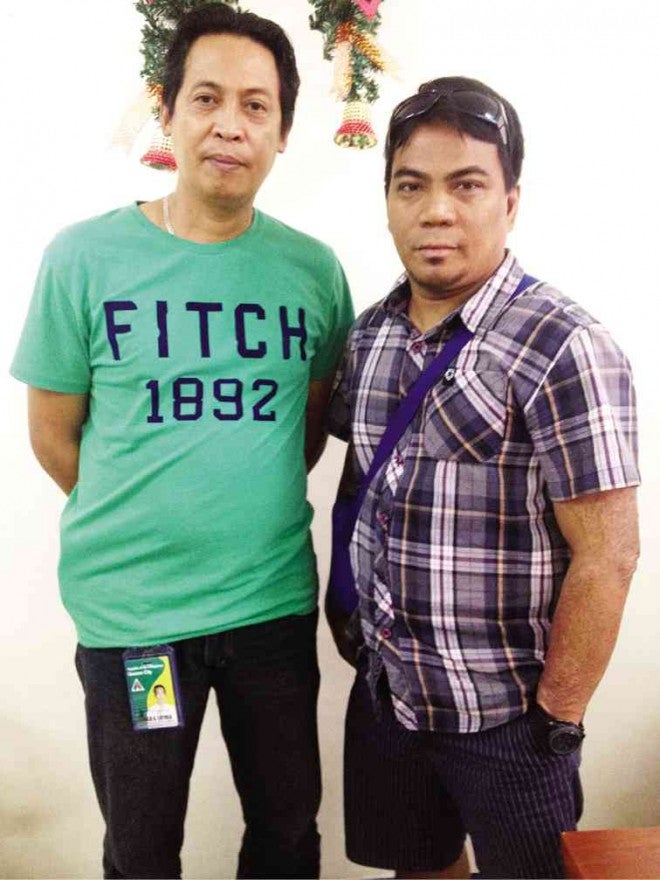 LOYOLA and Tomenio: “Fiery” memories made vivid by court ruling

MANILA, Philippines—The inward-swinging doors were supposed to be “good feng shui” to keep the money flowing in, that’s why the owners had them built that way.

Nelson Tomenio and Gerald Loyola were referring to the main entrance of the now infamous Ozone Disco on Timog Avenue, Quezon City, which burned down while packed with partying customers on March 18, 1996. The inferno killed 162 people—souls who were trapped inside because of the doors—and left 93 injured.

This and other grim memories rose back to surface for the two men following the recent Sandiganbayan ruling that slapped a 10-year prison term on nine people—seven city government personnel and two company executives—held responsible for the tragedy.

After surviving the worst nightclub fire in history, Tomenio and Loyola, along with three other Ozone survivors, were later given jobs at City Hall under then Mayor Ismael Mathay. Both currently report to the Social Services Development Department.

They have since moved on with their “second lives,” but they still have the burn scars on their arms, hands and back, along with the chilling “flashbacks.”

“As a former employee of the club, I really pin the blame on the owners. It would not have happened if they were not remiss in their responsibilities,” said Loyola, 45, who worked as a waiter at Ozone.

For money to come in

Loyola said the club’s “swing-in” doors, the main the reason why the panicked patrons were trapped, were installed that way because the owners thought it to be good feng shui: “It would bring the money in.”

“But if our city officials did their duty and had it checked, there would not have been a tragedy. There was corruption there,” Loyola said.

Tomenio, who was one of the Ozone customers that fateful night, agreed: “All this would not have happened if there was no connivance.”

On Thursday, the Sandiganbayan Fifth Division found former Quezon City engineer Alfredo Macapugay and six subordinates guilty of graft for giving “unwarranted and preferential advantage” to the Ozone Disco owners and failing to detect structural and fire safety deficiencies in the club.

Tomenio and Loyola hailed the verdict, but they noted that it took so long that their once active group—Justice for Ozone Victims (JOV) Foundation Inc.—has practically lain dormant for the past several years. JOV members even used to have Christmas parties every year, said Tomenio, 38.

Only P3,000 from company execs

But it surprised them to hear from the Inquirer that two of the convicted officials—engineers De Llamas and Mamaid—are still working at City Hall.

“We’ve been working here too for so many years, and yet they (De Llamas and Mamaid) have never reached out to us,” Loyola said.

Loyola recalled that Ng and Ocampo even used to join the Ozone Club employees in their outings. But after the fire, “they only gave me P3,000 when I was in the hospital.”

“They assured me they would take care of everything. But from then on, I never heard from them. The last time I saw them was during their arraignment at the Regional Trial Court,” Loyola said.

He was referring to the other court case that stemmed from the tragedy. In March 2001, a Quezon City RTC judge found Ng and Ocampo guilty of reckless imprudence and sentenced them to four years in prison. The local court also asked Ocampo, Ng and four other Westwood board members to pay a fine of over P20 million.

The trauma remained deep for Tomenio, who admits that he still gets startled and would even jump off his seat whenever there’s a loud bang. He also gets “flashbacks” whenever he drinks Sprite or eats cupcakes—the snacks he had at Ozone on the night of the fire.

Then turning 20 in 1996, Tomenio was at the club with his friends when the flames started to spread in the interior. He recalled jumping on tables and diving into the crowd to get through “three doors” on the way out.

“At some point, I still managed to pray hard,” he said. He briefly “blacked out,” was nearly suffocated, but eventually regained consciousness—and found himself already at the main door which still provided an opening at that moment.

Loyola, then 27, was tending the bar when the fire broke out. It started at the DJ’s area and engulfed the ceiling within seconds, he recalled.

He got out on time by climbing over the bodies of people already down because of suffocation or crushed in the stampede.

Both men said they were briefly trapped near the reception desk, cowering on the floor. Loyola said he tried to protect his head from the flames by putting his hands over it. Tomenio also covered his face with his hands, but left his back and limbs exposed.

Loyola had to get himself to a hospital in a cab, while Tomenio made it there with the help of his friends who had a car.

Both had to look for a second hospital because the first they reached were already full of other fire victims.

Loyola said the “smoke” in his lungs, when finally removed, “looked more like mud. No wonder you really couldn’t breathe.”

Tomenio sustained second- and third-degree burns over 78 percent of his body.

Tomenio, a resident of Barangay Manresa in Quezon City, and Loyola, who lives in Antipolo, Rizal, are now working as “house parents” assigned to the SSDD center in Barangay Payatas. Their duties include watching over rescued street dwellers and attending to cases of lost persons or abused children.

“Perhaps God gave us this second life to help others,” said Loyola, now also a father of three. He married the woman, his girlfriend, who took care of him throughout his ordeal as an Ozone survivor.

“We’re happy that the justice we have long fought for was finally served, but dismayed that it took this long,” Loyola said.

The convicts in the Sandiganbayan case can still file a motion for reconsideration within 15 days or appeal to the Supreme Court.

“It might take long again, but that’s all right. As long as we’re alive, we’ll keep fighting for justice. If we need to testify again, we’ll do it for the sake of the survivors and the families who lost their loved ones. That’s the only help we can give,” Loyola said.