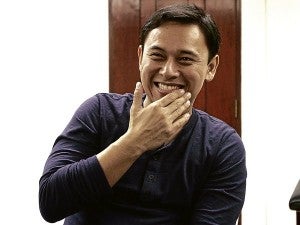 MANILA, Philippines– A bill that seeks to raise the take-home pay of Filipino workers by increasing the tax exemption cap for their 13th month pay and other benefits from the current P30,000 to P82,000 has been approved by the Senate on second reading.

Senate Bill 2437 has yet to be approved on third and final reading before it is transmitted for deliberations at the bicameral committee.

The original bill proposes to increase the ceiling to P75,000 but Senator Sonny Angara, one of its authors and also chairman of the Senate committee on ways and means, has accepted the amendment by Senate Pro Tempore Ralph Recto to raise it to P82,000.

“I welcome the amendment of Sen. Recto, the resident tax expert of the chamber. He is correct in saying that if we are to follow the logic of the proposal, we must use the correct figure consistent with the inflation rate,” Angara said in a statement on Wednesday.

“In fact, the same figure was given by BIR (Bureau of Internal Revenue) Commissioner Kim Henares in one of the hearings when she said that P30,000 in 1994 would be worth around P82,000 today,” Angara said.

Recto noted that the figure came from the National Economic Development Authority using the inflation rate as of October this year.

At present, Republic Act 7833, which was enacted in 1994, mandates that the 13th month pay and other benefits, such as productivity incentives and Christmas bonuses, not exceeding P30,000 given to both government and private sector employees are exempted from tax.

“In order for this injustice not to happen again because we left our system unchanged and outdated, our proposed measure mandates that adjustments be made every three years after the effectivity of this law, taking into account inflation,” Angara said.

Senate President Franklin Drilon also added an amendment to the bill, stating, “the failure of the Secretary of Finance to promulgate the necessary rules and regulations shall not prevent the effectivity of the law.”

The Department of Finance earlier projected a revenue loss of over P30 billion once the bill is enacted into law but this was deemed a bloated figure by various experts, who served as resource persons during committee hearings.

The estimated revenue impact of the proposed measure, Angara said, was only in the range of P3 billion.

Approximately half a million employees, on the other hand, are expected to benefit from the proposed measure if it is passed into law, the senator pointed out.

All senators were made co-authors of SB 2437, which is a consolidation of bills authored by Senators Angara, Recto and Lito Lapid.

“Given that all of our colleagues in the Senate expressed their willingness to be co-authors of the bill, it clearly indicates that we all want our deserving taxpayers to benefit more from the fruits of their labor—a wonderful Christmas present to our hardworking Filipino workers and their families,” Angara said.

Read Next
Comelec presses Congress on 2016 presidential debate
EDITORS' PICK
Omicron: What science knows so far about latest Greek-lettered COVID variant
DOH: Booster doses for fully vaxxed adults to start December 3
This new condo in the South will make you want to turn a new leaf
NGCP transmission tower in Lanao del Sur bombed
Legarda: Ending Violence Against Women, a cause for all
Smart offers wireless fiber-like speeds to Filipino homes with country’s first 5G Prepaid Home WiFi
MOST READ
‘Maski na hindi ‘yung mga bright’: Duterte urges public to elect new leaders
Pacquiao to voters: If you can’t vote for me, then don’t vote for a corrupt candidate
Sereno warns: Those accusing Kris Aquino of ‘stealing’ Marcos jewels will face criminal case
Roque defends Bongbong Marcos: ‘He was only 15 years old in 1972’
Don't miss out on the latest news and information.