DIGOS CITY, Philippines—Former Davao del Sur governor Douglas Cagas, who has been accused of masterminding the 2010 killing of journalist Nestor Bedolido, might be suffering from “great reactive psychosis” as a result of depression, his physician said Tuesday.

Dr. Vicente Balazo, Cagas’ cardiologist, said this was the same reason the former provincial executive was undergoing examination by a neurologist at the San Pedro Hospital in Davao City.

Cagas was rushed anew to a hospital here on Monday, several days after being discharged from confinement due to acid reflux, after jail officials discovered that he had not been eating properly and had been murmuring incomprehensible words. 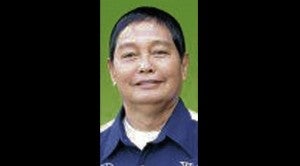 He also could not follow simple commands, according to the city district jail warden, Senior Insp. Peter Bongngat.

Balazo’s initial impression on Monday was that Cagas was suffering from acute depression.

Reactive psychosis is defined by medical journals as “an abnormal condition of the mind, involving a loss of contact with reality” due to extreme stress.

If the psychosis was brief — delusions, speech disorders and hallucinations eventually disappear.

Acute depression, on the other hand, is caused by the sense of hopelessness and despair.

“His (Cagas) condition is still the same as yesterday where we suspected he suffered a mild stroke or depression with great reactive psychosis, in which we can confirm after the MRI result will come out,” he said.

Lawyer Cesar Europa, counsel for the Bedolido family, said if Cagas was really sick, “then humanitarian considerations and plain decency would dictate that we do not immediately insist that he be brought back to jail.”

“But if it turns out that this is just a drama, then we will complain,” he said.

Former Davao del Sur Gov. Arsenio Latasa, who had worked with Cagas as a law firm partner for years, believed that the former governor’s illness was real.

“I think this is not a political strategy because pretending to be losing one’s mind will not bring any politician gain,” he said.

Latasa said Cagas’ depression could have been caused by his incarceration.

Cagas was tagged by self-confessed Bedolido killer, Voltaire Mirafuentes, as the one who ordered the journalist killed.

In August, Justice Secretary Leila de Lima approved the re-filing of the murder case – which government prosecutors had earlier dismissed – against Cagas, Matanao, Davao del Sur Mayor Vicente Fernandez and two other suspects for the killing of Bedolido in June 2010.

Cagas had been under the custody of the Bureau of Jail Management and Penology here after yielding on October 20.

Fernandez, on the other hand, has been under hospital arrest since the warrant for the arrest of the Bedolido murder suspects was issued by Regional Trial Court Executive Judge Carmelita Davin.

The two other suspects and alleged Cagas henchmen, Bado Sanchez and Ali Ordaneza, remain at large.

Davin and another judge, Magnolia Velez, had since inhibited from handling the Bedolido murder case.