Too many probes, hardly any time for making laws--House leader | Inquirer News

Too many probes, hardly any time for making laws–House leader 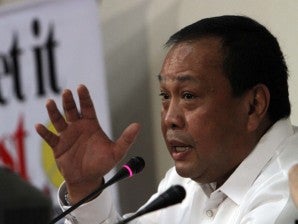 House Majority Leader Neptali Gonzales on Sunday said Congress is swamped with too many investigations that it has too little time left for legislation. INQUIRER FILE PHOTO

MANILA, Philippines–Congress is swamped with too many investigations that it has too little time left for legislation, House Majority Leader Neptali Gonzales said on Sunday.

“The committee on rules has slowed down in referring (resolutions) for investigation because in truth, the committee on good government (the House counterpart of the Senate blue ribbon committee) is already overburdened. In fact, it has yet to finish one investigation with so many resolutions referred to it,” Gonzales said.

“We would rather concentrate on legislative work and give the committee more breathing space,” he said.

Kabataan Rep. Terry Ridon lambasted the House leadership Thursday for dragging its feet on his House Resolution No. 1466 seeking a probe of all government building contracts of Hilmarc’s Construction Corp., including both the allegedly overpriced Makati City Hall Building II and Iloilo Convention Center (ICC).

Ridon pointed out that he filed the resolution as early as September but that the House leadership had sat on it. In contrast, the Senate conducted its first probe of Hilmarc’s ICC project on Thursday.

“With all due respect, House Resolution 1466 was filed way ahead of Sen. Miriam Defensor-Santiago’s Senate resolution. When we filed it last September, we had a verbal commitment from House Majority Leader and committee on rules chair Neptali Gonzales II that the probe will push through. Yet in recent days, Gonzales and even Speaker Feliciano Belmonte backtracked, in an apparent attempt to bury the resolution,” Ridon said.

He said the House was wary of opening the Hilmarc’s probe largely because among the projects to be covered were the House of Representatives annex building and the newly constructed North Lounge Extension.

In an interview on dzBB radio, Gonzales noted that the House leaders felt that there was no need to look into Hilmarc’s projects such as the ICC since the Senate was already investigating allegations the pet project of Senate President Franklin Drilon was overpriced.

“Personally, we would rather devote our precious time to meaningful legislative measures needed by our country. After all, if there are indeed anomalies in these projects, it is up to the Ombudsman to make the appropriate findings,” Gonzales said.

At best, he said, the House committee on good government, just like the Senate blue ribbon panel, could only make recommendations to file cases and that there was no assurance that these recommendations could be used in filing criminal cases in the Sandiganbayan.

Gonzales said the House should extend parliamentary courtesy to senators or else members of the two chambers would not stop investigating each other.

“The Senate will have a more difficult time because the House has more members,” Gonzales said.

Why Congress won’t act on call for pork scam probe