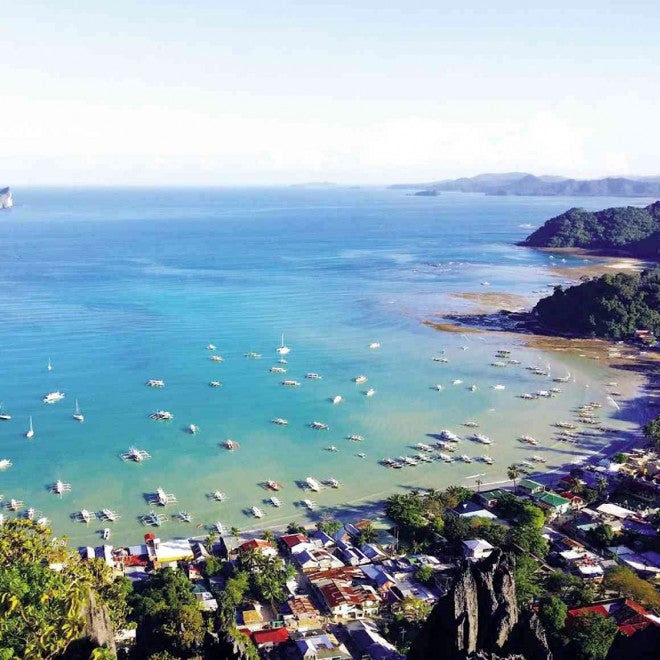 Speaking before the Palawan Chamber of Commerce on the threats of climate change on Saturday, Acosta cited recent results of water sampling tests conducted in El Nido that showed the popular beach being contaminated with coliform, or organisms forming from human and animal wastes.

Acosta was referring to the popular public beach cove that demarcates the shoreline of the town proper along Bacuit Bay.

“The sewer lines from houses and establishments are directly emptying into the beach of El Nido. I was literally jumping over stench-filled canals,”  Acosta said.

“BOD or biochemical oxygen demand is at levels 3,000 percent higher than what the Clean Air Act, which I principally authored in Congress, allowed,” said Acosta,

a former representative of Bukidnon province.

The Philippine Water Code provides critical indicators of water quality, including measurements of dissolved oxygen in water important in the process of dissolving biological organisms in it.

The evident cause of beach pollution in El Nido, Acosta observed, is the absence of a proper drainage system in the municipality.

“I had voiced my deep concern with the mayor and the provincial government about this and I hope something can be done,” he said.

“The main town of El Nido is an ecological disaster waiting to happen,” Marge Araneta, an El Nido resident, told the Inquirer in an e-mail.

She confirmed observations that “the drainage of some hotels, cottages and restaurants are leading directly into the beach.”

“There is no sewage disposal system and all septic tanks are dug underground,” she said.

Read Next
Pact signed to develop Sicogon into tourist destination
EDITORS' PICK
Experience clearer calls nationwide with Smart VoLTE
What Went Before: Deal bars police, military ops from UP campuses
UP community slams scrapping of DND pact
Duterte will get COVID-19 vaccine shot in private
PHI and Primark vs. Premier, SM Investments Corporation and CAIL
New Year, New Rediscoveries
MOST READ
Mutuality not required to terminate UP-DND accord, says Roque
Duterte not consulted on decision to end UP-DND accord, says Palace
EXPLAINER: The 1989 UP-DND Accord
Go dares Robredo: Get immunized to inspire public trust in Covid vaccines
Don't miss out on the latest news and information.