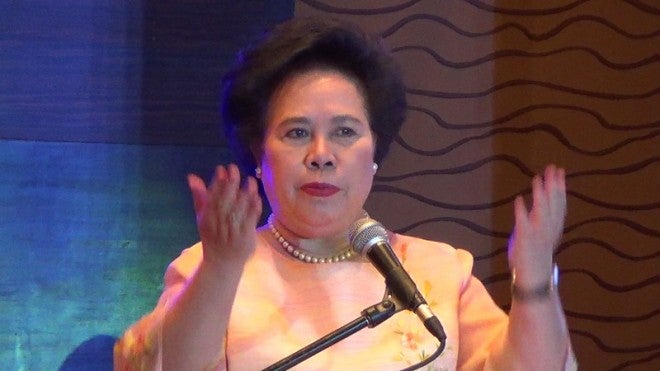 MANILA, Philippines–Sen. Miriam Defensor-Santiago on Monday filed a resolution expressing the Senate’s sense that a vast farm allegedly owned by Vice President Jejomar Binay should be distributed to farmers if covered by the agrarian reform program.

Quoting the Department of Agrarian Reform (DAR), Santiago said Rosario town in Batangas province, where the farm is located, was agricultural and hence covered by the Comprehensive Agrarian Reform Program (CARP).

In Rosario, some 632 hectares of land are subject to CARP, she said.

“The Rosario, Batangas, property—whether consisting of 145 or 350 ha—should be properly assessed by the Department of Agrarian Reform, and if it falls under the Comprehensive Agrarian Reform Law, should be immediately acquired and distributed to farmer-beneficiaries,” she said in her resolution.

Businessman Antonio Tiu has come forward to claim ownership of a 150-ha property in Rosario that a whistle-blower claimed was part of the P1.2-billion, 350-ha farm of Binay.

Santiago, a former agrarian reform secretary, said the size of the farm, whether 150 ha or 350 ha, indicated a possible violation of the agrarian reform law, which limits land ownership to 5 ha.

The intent of the law was to break up haciendas or agricultural estates and give them to farmers, she said.

Under this law, the DAR has to issue a certificate of land ownership award (Cloa) or emancipation patent (EP) before a person can claim ownership of an agricultural land, the senator said.

The only exception to the sale of an agricultural land under agrarian reform is when it is converted into commercial or residential land, but this needs DAR approval, she said.

“Even assuming [Laureano] Gregorio is a landowner or a farmer-beneficiary, he could not have sold the property within

Gregorio could not also lease the property because it requires prior clearance from the Presidential Agrarian Reform Council (PARC), she added.

Tiu claimed that he bought a 150-ha property from Gregorio and advanced P11 million for the P446-million property.

Santiago also urged the blue ribbon subcommittee to investigate officials over the apparent conversion of the farm from agricultural into commercial land.

“The subcommittee should also investigate the DAR officials and other persons responsible for what appears to be the conversion of the classification of the land from agricultural into commercial,” she said.

The subcommittee has been hearing charges of corruption and ill-gotten wealth against the Vice President.

Agrarian Reform Secretary Virgilio de los Reyes earlier said the lease of agricultural land not covered by CARP would not need clearance from the DAR or the PARC.

A clearance from the PARC is required only for agricultural lands awarded to qualified agrarian reform beneficiaries and covered by EPs or Cloas, De los Reyes said.

Santiago said the existence of the vast farm was “deeply suspicious” and may have involved the crimes of “falsification of public documents and illegal conversion of agricultural land.”

“The Senate blue ribbon subcommittee should therefore investigate the DAR officials and other persons responsible for failure to place Rosario town under the mandate to acquire and distribute agricultural land,” she said.