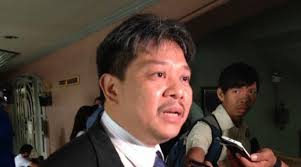 MANILA, Philippines–Alleged pork barrel scam mastermind Janet Lim-Napoles and her family are ‘conveniently’ being used as a scapegoat by whistleblowers including Benhur Luy to evade the law, her lawyer told the Manila Regional Trial Court recently. Napoles is seeking the lifting of the freeze order over P11 million deposited with the Air Material Wing Savings and Loan Association Inc. (AMWSLAI).

In her comment/opposition, Napoles, through lawyer Stephen David,  said the petition of the government through the Anti-Money Laundering Council (AMLC) should be dismissed because it violated due process.

David argued that a property may only be forfeited as the consequence of a criminal act.
In the case of Napoles, he said, the government had failed to show that the funds in the AMWSLAI account came from unlawful activities.

The petition to issue an asset preservation order  is “replete with general and sweeping allegations, but failed to clearly and positively establish the links between the alleged pork barrel scam and the AMWSLAI accounts.”

AMLC used as basis for its petition the testimonies of whistleblowers and witnesses Luy, Merlina Suñas, Gertrudes K. Luy and Annabelle Luy Reario.

“The allegations of the AMLC were from testimonies made by the alleged ‘whistleblowers’ whose credibility are still to be established and at the onset are highly questionable,” David said.

The whistleblowers gave details of the bank accounts as well as the operations of Napoles’ JLN Corporation. They admitted that some documents were forged to expedite the release of government checks to Napoles. They also admitted giving kickbacks to lawmakers as well as receiving commissions from every deal of Napoles.

“Coincidentally, it is not farfetched to state that these ‘whistleblowers’ themselves are the actual perpetrators of the crimes being alleged and are conveniently using the respondents [the Napoleses] as scapegoats, in order to evade the law,” David said, adding that the testimonies of the whistleblowers should not be regarded as ‘gospel truth’ but requiring thorough evaluation.

David said that the AMLC also has no authority to inquire into and examine the AMWSLAI accounts of the Napoleses. He said of the 19 bank accounts subject to the provisional asset preservation order by the Manila Court, the Court of Appeals authorized the examination of only five bank accounts.

The AMLC’s second petition before the lower court was filed after the Court of Appeals authorized them to conduct a financial investigation into other bank accounts of the Napoleses.

The first petition, which was filed last year, already received a preservation order from the lower court. AMLC was prompted to conduct a financial investigation after it discovered other bank accounts not subject of the first freeze order issued by the Manila court in August 2013.

Read Next
Trade, port operations in E. Visayas picking up, Customs official asserts
EDITORS' PICK
SSS: Members on home quarantine due to COVID-19 can apply for sickness benefit
Gear up and get ready to play with Yamaha Mio Gear
Mobile COVID-19 vaccination for commuters, transport workers set at PITX
Kalinga, Ifugao, Mt. Province, N. Samar will be under Alert Level 4 from Jan 21-31
PH to send 584 athletes, 161 officials to Vietnam SEA Games
Acer starts the year off strong with the Aspire Vero National Geographic Edition
MOST READ
Imelda Marcos trends on Twitter after octogenarian jailed for allegedly stealing mangoes
Mayor Vico counters vice mayor: ‘Did I say anything about his family?’
PH 51st on list of world’s most powerful militaries
‘Unbelievable!’ Pacquiao hits DA’s plan to import 60,000 MT of fish
Don't miss out on the latest news and information.