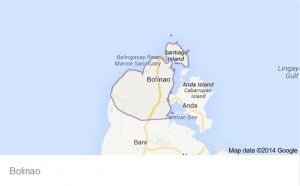 DAGUPAN CITY, Philippines—A fisherman in Bolinao town in Pangasinan province cut the sex organ of his live-in partner’s lover after he caught them having sex in his house early Wednesday, police said.

Superintendent Marcos Anod, Bolinao police chief, said the 40-year-old fisherman had long suspected that his partner had been seeing another man.

On Tuesday night, Anod said, the fisherman told his partner that he would be out on a fishing trip. But at 2 a.m. Wednesday, the fisherman returned to his hut in Barangay Zaragoza in Bolinao and caught his live-in partner having sex with a younger man, a resident of the neighboring village of Catungi.

Anod said the fisherman immediately grabbed the man’s sex organ and cut it with a bolo, as his stunned live-in partner ran away naked. The man, who was taken to a hospital here, has not yet indicated whether he would file charges against the fisherman, police said.