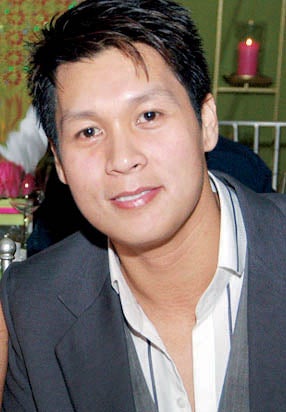 MALOLOS, Bulacan, Philippines — Finally breaking his silence, Mayor Patrick Meneses of Bulakan town in Bulacan province denied having any part in the Oct. 27 road rage incident in Quezon City allegedly involving the security escorts of his mother, Priscilla, and a University of the Philippines professor and her family.

“I am not part of the alleged traffic incident involving my mother’s vehicle and her staff,” according to a text message attributed to Meneses, which was sent to Bulacan reporters on Monday.

Meneses, vice president of the Bulacan chapter of the League of Municipalities of the Philippines (LMP), relayed his statement through text messages sent out by Pandi Mayor Enrico Roque, LMP Bulacan chapter president.

Last week, Meneses declined requests for interviews, did not take calls or reply to text messages regarding allegations that a man believed to be part of a convoy escorting Priscilla Meneses had aimed a gun at the vehicle carrying Prof. Elizabeth Pangalangan, director of the Institute of Human Rights at the UP Law Center, and her family.

The man was allegedly furious because the vehicle of Pangalangan, wife of Philippine Daily Inquirer publisher Raul Pangalangan, had disrupted the convoy. The man returned to his vehicle—a silver Innova—and fled after the professor yelled at him that children were aboard her vehicle.

The UP professor later filed a complaint against Meneses and his family at the National Bureau of Investigation.

“It is sad that my name has been dragged into this incident. As a public servant, I have worked hard to maintain a good reputation and I respect every one, whether a constituent of mine or not. I will never condone any abuse of authority,” Meneses said in a text message in Filipino.

“I am aware that no one is above the law and I will not abuse anyone,” he added. “Rest assured that I will uphold the law through a thorough investigation of what really happened.”

Meneses’ text messages, however, were silent on the identity of the man who pointed a gun at the Pangalangans’ vehicle and on security escorts or staff members of his mother who were in the two vehicles encountered by the complainant on Congressional Avenue Extension.

In an interview with the Inquirer last week, Priscilla Meneses admitted that her family owned the two vehicles involved in the incident — the Innova and a white Land Cruiser — but said she was not in any of them.

Mrs. Meneses said her son, Mayor Meneses, should be spared because he was at the Bulakan town hall at the time of the incident. “My son was not on board the vehicle and the convoy was on a personal errand when the supposed encounter took place,” she said.

She identified the driver of the Innova that cut the path of the Pangalangans’ vehicle as Joel Piñon.