The Court of Appeal upheld rulings by lower courts that it was up to Parliament to repeal the provision in the penal code, known as Section 377A.

“Whilst we understand the deeply held personal feelings of the appellants, there is nothing that this court can do to assist them,” judges Andrew Phang, Belinda Ang and Woo Bih Li said in a written verdict.

“Their remedy lies, if at all, in the legislative sphere,” the judges said. 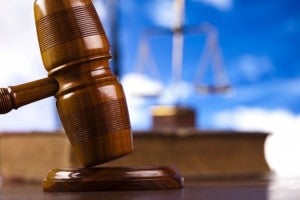 The ruling addressed two separate challenges to the law.

One was by Tan Eng Hong, who was arrested after being caught with a male partner in a public toilet cubicle in 2010, while the other was filed by a gay couple.

The judges said they only considered “legal arguments” and not “extra-legal considerations and matters of social policy which were outside the remit of the court.”

According to the judges, examples of extra-legal arguments put forward by the appellants’ lawyers included that Section 377A represented “the tyranny of the majority” and that the sexual conduct of their clients caused no harm to others.

However judges said such arguments were not for the courts to consider.

In a statement, Tan’s lawyer M. Ravi said the judgment was a “huge step backwards for human rights in Singapore.”

Ravi added that it was “disturbing” that “the Supreme Court has now thrown this issue back to Parliament, when other Commonwealth countries have struck down this legislation as discriminatory and (an) absurd relic of the colonial past.”

Section 377A, first introduced in 1938 by British colonial administrators, carries a maximum penalty of two years in jail for homosexual acts.

The law states: “Any male person who, in public or private, commits, or abets the commission of, or procures or attempts to procure the commission by any male person of, any act of gross indecency with another male person, shall be punished with imprisonment for a term which may extend to 2 years.”

Alhough Section 377A is not actively enforced, the government has said it should stay on the books because most Singaporeans are conservative and do not accept homosexuality.

A scientific survey conducted by researchers at the Nanyang Technological University in 2010 and published last year found Singaporeans’ views towards homosexuality gradually becoming more positive compared to attitudes in 2005.

The study found religion a major factor determining attitudes towards homosexuals, with Muslims and Christians being the most negative.

But the Lesbian, Gay, Bisexual and Transgender (LGBT) rights movement is growing steadily in Singapore, one of the world’s wealthiest and most modern cities.

Over 20,000 people gathered in a peaceful rally supporting gay rights last June despite a fierce online campaign against the event by conservative Muslims and Christians.