MANILA, Philippines—In unity with the commemoration of the All Saints’ Day and All Souls’ Day, the Philippine Army has readied the Libingan ng mga Bayani (LNMB) for the families of the country’s fallen heroes.

Lieutenant Colonel Noel Detoyato, Philippine Army spokesman, said the Grave Services Unit of the Army Support Command, the overseer of all activities inside the LNMB, assures that all 103 hectares of the hallow ground are “well-maintained.” 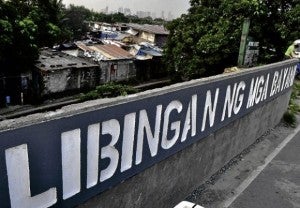 “Under the Army’s ‘Oplan Pagmamahal,’ the Philippine Army ensures that the LNMB will be ready for the upcoming Undas,” Detoyato said.

Army’s preparations for the season include the improvement of the grave sites, repair and rehabilitation of existing structures and the installation of street lights, spotlights and collapsible tents.

A public assistance desk would be put up to help the visitors locate the graves of their loved ones with personnel from the Grave Services Unit serving as guides.

Members of the Explosive Ordnance Disposal teams would be positioned for security purposes while medical teams from the three branches of the Armed Forces of the Philippines, Army, Navy and Air Force, would be stationed for medical emergencies.

Detoyato added that traffic marshals would also be deployed for the smooth transition of traffic and visitors inside the cemetery.

Members of the Philippine National Police and the Metropolitan Manila Development Authority would augment the military troops in keeping the peace and order inside the LNMB.

PNP on heightened alert ahead of All Saints’, All Souls’ Days