The United Nationalist Alliance (UNA) on Saturday lashed out at Caloocan Rep. Edgar Erice, who claimed to have uncovered an opposition plan called “Oplan Maligno.”

“I’m sure he thought about that after looking in the mirror and seeing himself,” Tiangco said. 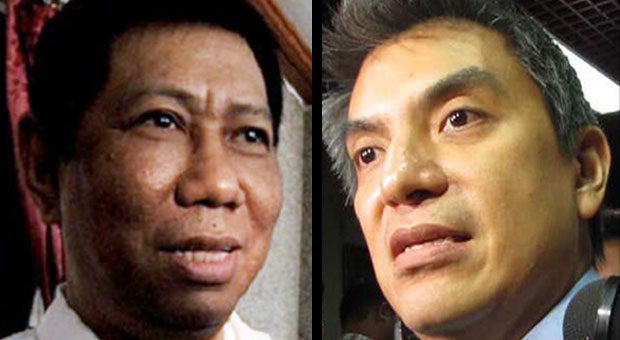 Erice said the opposition had devised a plan to divert public attention from the investigation into the allegations of corruption against Binay.

The plan, he said, is called Oplan Maligno.

“Maligno” is Filipino for evil spirit. Binay’s camp protested when ABS-CBN’s Korina Sanchez, the wife of Interior Secretary Mar Roxas, used the term to refer to the Vice President in August 2012.

UNA took offense at Erice’s attempt to revive the term.

“He cannot even convince his party mates to appoint him official LP spokesperson. So he could be that evil, shameless spirit. I advise him to avoid looking in the mirror so he will not see an evil spirit,” Tiangco said.