BACOLOD CITY—One of the country’s biggest retail and real estate developer has opened a P1.5-billion expansion of its mall here and has set its sights on two more big projects in the province of Negros Occidental.

SM Prime Holdings opened the north wing of SM Bacolod and, according to SM Prime president Hans Sy, the expansion doubled the mall size and would create 2,000 new jobs.

The new section of the mall houses the 4,000-seat SMX Convention Center, about 200 more retail stores for global and national brands, a bigger food court, grand atrium and a cyberzone. 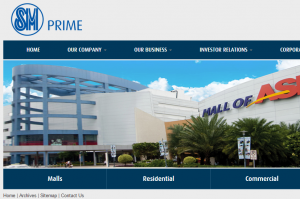 The original part of the mall that cost P1.6 billion and opened in March 2007 covers 71,759 square meters and currently employs about 3,000 people.

“Seven years ago, we saw so much potential here, and we believe in Bacolod that is why we are expanding here,” Sy said here recently.

The expansion, he added, was SM Prime’s way of “paying tribute to the residents of Bacolod City and nearby areas.”

“This expansion clearly manifests SM Prime’s steadfast commitment to assist in the further development and progress of the city through increased tax payments to the local government, as well as by providing residents an improved destination mall and a highly viable venue for business and commerce,” he said.

“Our continuing business expansion only affirms our commitment to provide for better retail facilities and services in cities and municipalities that are fast emerging from greater economic stability fuels by remittances from overseas workers and the growth in the business process outsourcing sector,” Sy added.

Sy said the group would also invest as much as P500 million in a hotel adjacent to SM Bacolod.

SM is also building a mall in Negros Occidental outside of Bacolod next year, he said, but declined to specify the site as it could drive up land prices.