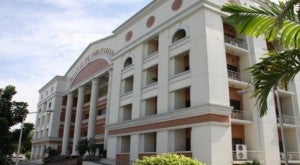 MANILA, Philippines—The Office of the Ombudsman on Friday recommended the filing of graft and malversation complaints against six more House representatives over the alleged misappropriation of their pork barrel allotments from 2007 to 2009.

The complaints were submitted for preliminary investigation by the Ombudsman’s Field Investigation Office.

The complaints against the six constituted the fourth batch of cases resulting from the special audit conducted by the Commission on Audit (COA) on the use of P6.1 billion in Priority Development Assistance Fund (PDAF), the official name of the congressional pork barrel, which the respondent lawmakers allegedly released to 82 nongovernment organizations (NGOs).

Besides the six lawmakers, the antigraft body also filed criminal charges against alleged pork barrel scam mastermind Janet Lim-Napoles and Bohol Rep. Arthur Yap who was charged in his capacity as the agriculture secretary when the projects funded by the pork barrel allocations of Clarete and Antonino were implemented by the Department of Agriculture in 2007.

Several government officials and private individuals were also included in the complaint as alleged participants in the scam.

The Ombudsman said the projects funded by the lawmakers’ pork barrel allocations were given to several foundations, including bogus NGOs allegedly controlled by Napoles.

The projects were implemented by the Technology Resource Center, National Agribusiness Corp. and National Livelihood Development Corp., which earlier had been found to have been the conduits in funneling the PDAF of several lawmakers to Napoles’ NGOs.

“The filing of this set of complaints is the result of the field investigation conducted on the PDAF scam as early as July 2013 when Ombudsman Conchita Carpio Morales motu proprio initiated a fact-finding investigation in response to news reports on the pork barrel scam exposé,” the Ombudsman said in a statement.

In the complaint, Sandoval was accused of misappropriating P30 million of his congressional pork, by channeling it to the Pangkabuhayan Foundation, Dr. Rodolfo Ignacio Sr. Foundation Inc. (DRAISFI) and Jacinto Castel Borja Foundation Inc.

The Ombudsman said the funds, which were released through the TRC, were supposed to finance the training, technology transfer, capital start-up, and purchase of tools needed by “small-scale entrepreneurs.”

“Upon field verification, the former barangay chairs of the supposed beneficiaries of the projects stated that they were not familiar with DRAISFI nor were there any training or seminars conducted in their area. Neither did they receive any financial assistance from the PDAF of Sandoval,” the Ombudsman said.

In recommending the filing of a complaint against Clarete, the Ombudsman said the lawmaker allocated P65 million of his pork barrel for the purchase of livelihood kits and grafted seedlings.

Verification by the Ombudsman-Mindanao Field Investigation Unit (FIU) showed that “some of the supposed beneficiaries are not registered voters of the municipalities.”

“The FIU alleges that out of 1,616 purported beneficiaries of livelihood kits, only one beneficiary was confirmed to be a resident of Jimenez, Misamis Occidental. The former mayors and city agriculturists also denied having received any of the kits,” the complaint said.

Miranda, on the other hand, allocated P21 million of his pork barrel in 2007 to Aksyon Makamasa Foundation Inc., a group which listed him as its founding chair.

Under the law, the Ombudsman said public officials are barred “from directly or indirectly having financial or pecuniary interest in any business, contract or transaction in connection with which he intervenes or takes part in his official capacity.”

Antonino is accused of providing P15 million out of his PDAF for the purchase of livelihood projects which did not reach their intended beneficiaries.

Read Next
Goofy dinosaur blends Barney and Jar Jar Binks
EDITORS' PICK
In Borongan, nuns play hoops (not mahjong)
House energy committee chair Arroyo bats for cheap electricity
A laptop that maximizes your WiFi so you can maximize your productivity
Why Tagle is a leading papal contender
Powered by style, innovation and passion
KWF has no power to ban, censor written works – Lagman
MOST READ
Why Tagle is a leading papal contender
Arjo Atayde reveals proposal to Maine Mendoza was ‘more than a year’ in the making
My neighbor FVR: From soldier to president
Zubiri on SRA mess: Shameful, disgusting
Don't miss out on the latest news and information.