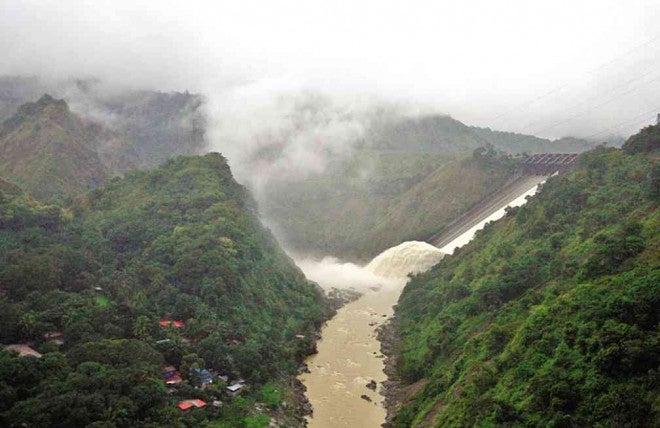 AMBUKLAO Dam, one of the oldest hydropower facilities in the country, continues to serve the country, after it was rehabilitated. EV ESPIRITU/INQUIRER NORTHERN LUZON

BAGUIO CITY—Before the government pursues new power deals to prevent blackouts, it should first resolve the unexplained 2013 increase in power rates that had been attributed to the country’s electricity trading mechanism, a group of electric cooperatives said here last week.

In a statement, the Cordillera Region Cooperatives Association Inc. (Creca) said the government had not made public the conclusions of an investigation into the increase in electricity prices for November and

Ferdy Bayasen, Creca president, said people were angry about the high power costs during last year’s Christmas season, but their outrage was directed at electric cooperatives, which distribute power and are obliged to pass on the increased charges to consumers.

The Luzon cooperatives’ resolution states that electricity was offered at prices as high as P62 per kilowatt-hour (kWh) during trading “on numerous price intervals for the months of November and December (2013).”

The Supreme Court had issued a temporary restraining order at the height of the WESM controversy, which prevents power generation companies from collecting the increased rate from power distributors.

New power plant projects could offset a power shortage in the next few years, but the government should assure the public that loopholes in pricing and power trading system have been fixed, he said.

Power utilities bid for electricity generated by various companies at the WESM. The price of electricity is determined by demand and supply, but distributors often seek the cheapest source of electricity during these daily transactions.

Last year, however, prices skyrocketed allegedly when a generation firm owned by a power distributor offered high-priced electricity at WESM, triggering a chain reaction, according to various news accounts.

Early this year, the Energy Regulatory Commission (ERC) directed the Philippine Electricity Market Corp. (PEMC), WESM’s operator, to recalculate the November to December 2013 WESM prices and required PEMC’s Enforcement and Compliance Office to determine the cause of the price hike, according to a June 30 resolution filed by Creca and the Region 1 Electric Cooperatives Association Inc. (RECA-1).

The resolution urged the PEMC to furnish them a copy of the investigation report and details of how corrective measures were undertaken.

Bayasen said the cooperatives need to be informed about the nature of last year’s price increase to avoid another unnecessary price hike in the future.

But the cooperatives never received a reply, Bayasen said.

The groups asked PEMC to confirm whether manipulation had indeed taken place, “in the interest of transparency and fair play.”