Congress urged to junk 2015 budget due to pro-DAP provisions

MANILA, Philippines—A citizens’ coalition has asked the House of Representatives to thumb down the draft law setting the 2015 budget, because it would “legalize the unconstitutional.”

The Pera Ibalik sa Tao (Piso) coalition, at their launch at the Quezon City Memorial Circle on Monday, called on the lawmakers not to approve the 2015 General Appropriations Bill, which would be subjected to third and final reading sometime next week.

The coalition, in a unity statement read by its members on Monday, said the bill, if passed, “will legalize and perpetuate not only the practices of the Disbursement Acceleration Program (DAP), which was declared unconstitutional by the Supreme Court, but the Pork Barrel System itself, the root cause of patronage politics and corruption.”

The group is composed of the Social Watch Philippines, the Alternative Budget Initiative, the Scrap Pork Network, the Freedom from Debt Coalition, the People’s Initiative Against Pork, the Abolish Pork Movement, the Sanlakas partylist, and the Alliance of Concerned Teacher’s (ACT) partylist, among others. 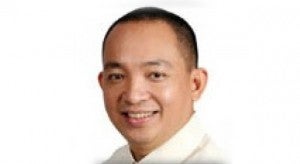 The group noted that the 2015 budget still contained lump sump appropriations in the form of Special Purpose Funds.

The Social Watch Philippines, in a statement distributed at the forum, noted that of the P1.7 trillion worth of allocations covered in the General Appropriations Act, P382 billion is in lump sum appropriations and P120 billion is in unprogrammed funds.

The Social Watch Philippines also found “appalling and unacceptable” how the proposed General Appropriations Act was submitted with over 100 pages of errata.

Abner Manlapaz, president of the Life Haven Independent Living Center for Persons with Disabilities, added that under the budget’s new definition of “savings,” the executive branch of the government “can change its mind on the use of public funds” at any time of the year.

The Piso coalition warned that any congressman who votes ‘Yes’ to the bill would have to explain their vote to their constituents.

“The people should take note of how their representatives vote,” Tinio said.

Basti Delizo of Sanlakas said the coalition would be furnishing their unity statement to House of Representatives speaker Sonny Belmonte.

The coalition also asked that the public sign the petition bill of the People’s Initiative Against Pork, which would kickstart a referendum for a proposed law banning and penalizing the Priority Development Assistance Fund (PDAF) and other lump sum allocations.

Deng Selorio of the Scrap Pork Network said her group has been tapping schools and parishes across Metro Manila and in the provinces to gather the six million signatures needed in the petition. She also referred to the group’s website, www.signupvspork.org, for updates on the movement.

Abad: ‘Errata’ in 2015 budget only for ‘typographical errors