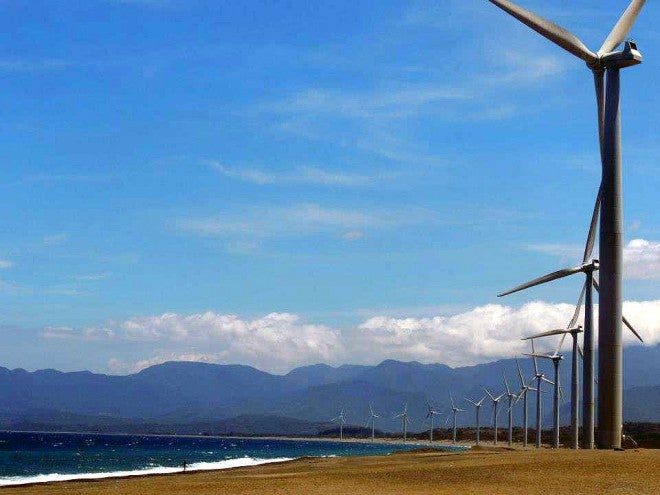 The Bangui Windmills in Ilocos Norte where one student drowned after being hit by strong waves while attempting to take a selfie with her friends. CONTRIBUTED PHOTO/Charity Mae Lazo

What was supposed to be a happy birthday celebration with friends turned into a tragedy in Bangui town in Ilocos Norte last Sunday.

Chezka Agas, an 18-year old student, died after she and her friends were struck by strong waves while taking selfie in front of the famous windmills in Barangay (village) Masikil, said Police Officer 3 Sloro Cosning Jr. of the Bangui Police station.

Cosning said Agas was with eight friends when they went to the beach after the birthday celebration of one of their friends.

A television report quoting police and local officials said the waves were as huge as a house.

Agas was rescued by police and was rushed to the Bangui Hospital but was declared dead on arrival.

The local government unit vowed to implement stricter safety measures on the beach.