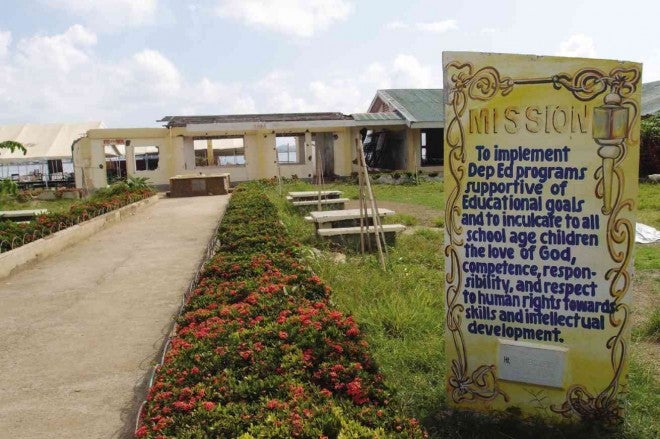 Bayan Muna Rep. Neri Colmenares asked officials of the Department of Transportation and Communications (DOTC) and Maritime Industry Authority (Marina) to officially explain why the agencies had not collected the fund as provided by Republic Act No. 9483, or the Oil Pollution Compensation Act.

“That is criminal negligence,” Colmenares said during a public hearing of the House committee on energy held at the provincial capitol.

Under the law, all oil tankers and oil companies are required to contribute 10 centavos per liter of imported oil as seed money to an oil pollution fund.

The law was passed a year after the oil tanker Solar I sank off Guimaras Island on Aug. 11, 2006, spilling more than 1.2 million liters of bunker fuel.

Considered the worst environmental disaster so far in the country, the oil spill devastated the island’s rich marine resources and dislocated thousands of people.

The public hearing was part of the committee investigation on the oil spill in Estancia town in Iloilo on Nov. 8 last year at the height of Supertyphoon “Yolanda.”

Winds of up to 300 kilometers per hour and waves taller than houses detached a 35-megawatt power barge, operated by National Power Corp., from its mooring and slammed it into the coast of Estancia, spilling nearly a million liters of bunker fuel.

At least 2,000 residents were evacuated when the air in their community was poisoned by toxic fumes. Stretches of mangrove forests were contaminated, too.

Power Sector Assets and Liabilities Management Corp. (PSALM), which owns the barge, has released P3.5 million in compensation to survivors of the oil spill.

Several residents, however, filed a P225-million class suit against PSALM and other government agencies for alleged negligence in protecting the power barge from damage during the storm and for a cleanup operation that residents and officials tagged as “inefficient.”

DOTC officials said there was no collection of the compensation fund because the law’s implementing rules and regulations (IRR) had yet to be finalized and released.

“The long delay in drafting an IRR is abnormal,” Colmenares said.

“They are actually saving for the oil companies hundreds of millions of pesos and depriving the people a standby fund for pollution compensation. There is no logical explanation,” he said.

Colmenares directed DOTC and Marina officials to tally how much funds should had so far been collected since the time the law took effect.

Even without the IRR, the law is considered to be in effect, he said.