PH checking if terror group has IS links | Inquirer News

PH checking if terror group has IS links 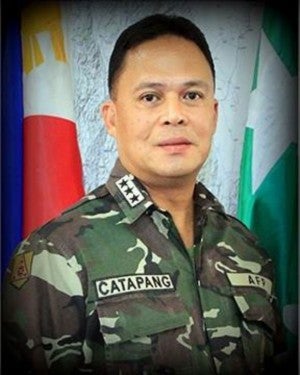 MANILA, Philippines–The Philippine military is checking if a terror group allegedly plotting to stage bomb attacks in Metro Manila has links with the Islamic State (IS).

“We need to be concerned about them because we have to find out if they are really making connections to the ISIS and of course if there are connections, then we can move accordingly,” Armed Forces Chief of Staff General Gregorio Pio Catapang told reporters on Friday.

The military chief was referring to Rajah Solaiman Movement, a Islamic extremist group allegedly linked to terror plots that caused the US to issue a travel warning for the Philippines this week.

Some local officials in Mindanao have been claiming that there has been an ongoing recruitment by the extremist group, to which the military denied.

Ricardo Ayeras, a member of RSM, and two of his companions–Andrescio Valdez and Ricky Macapagal–were arrested last Sunday in Quezon City.

Ayeras is reportedly an expert bomb maker and has been tagged in several bomb attacks in the past such as the blast at the Awang Airport in Maguindanao in 2003.

The RSM has been accused also of being behind the Super Ferry bombing in 2004 and the Valentine’s Day bombing in Manila in 2005.

But Catapang gave assurances there was nothing to worry about.

“There’s no need to panic. We are doing our best to find out if there’s a threat, but as of now there is none,” he said.

“We already have annihilated them. Maybe they are trying to regroup or recruit…But they are not a big threat so far,” he added.

Meanwhile, the Department of National Defense said it was not taking things lightly but “there are no indications at this time that the foiled bomb plot is part of a greater scenario.”

“We are treating every report with the utmost seriousness, nonetheless,” Defense Spokesman Peter Paul Galvez said.