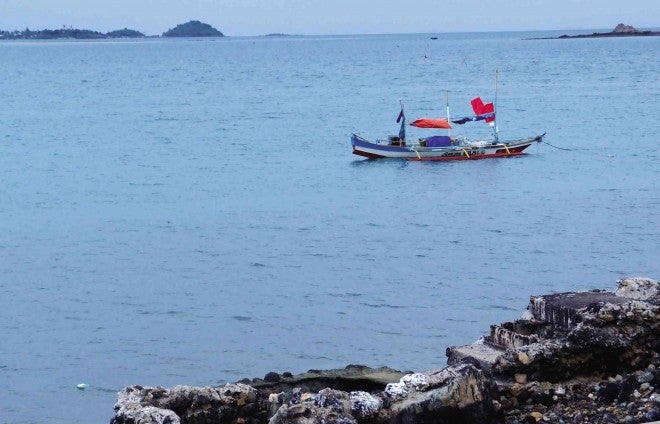 ILOILO CITY, Philippines—A company which a top provincial official said had no previous record in oil spill cleanup had been paid 90 percent for a cleanup job that had been described as inadequate in a town poisoned by nearly a million liters of bunker fuel at the height of Supertyphoon Yolanda last year.

The town of Estancia is still reeling from the effects of the oil spill that poisoned its shore when Power Barge 103, operated by the National Power Corp. (Napocor) and owned by the Power Sector Assets and Liabilities Management Corp. (Psalm), was detached from its moorings by nearly 300 kph winds whipped up by Yolanda.

Yolanda’s winds slammed the barge into the shore, puncturing the barge and releasing more than 900,000 liters of bunker fuel into the town’s waters.

The amount was about 90 percent of the P87 million cost of the cleanup contract that KYGTI was awarded amid questions about its competence.

According to Ledesma, 10 percent of the contract cost would be paid to KYGTI after 12 villages in the towns of Estancia, Batad, San Dionisio and Concepcion had issued certificates of completion of the cleanup task.

But the villages appeared to be hesitant to issue the certificates amid questions about whether or not the task had been fulfilled and following doubts about the competence of KYGTI as an oil spill cleanup company.

A multi-agency provincial task force, which includes the Western Visayas command of the Coast Guard, had expressed doubts about the accomplishment of KYGTI.

Ybanez, who chairs the task force called Task Force PB 103, said only 80 percent of contaminated areas are “generally clear” of oil and oily debris. The other areas had not been cleaned, he said.

Iloilo Gov. Arthur Defensor had questioned the competence of KYGTI and threatened to sue the company and Psalm for the slow progress of the cleanup job.

According to Defensor, KYGTI had no previous record in oil spill cleanups as it had been registered at the Securities and Exchange Commission (SEC) as a water purification and distribution firm until it amended its registration in 2012.