MANILA, Philippines—The Department of Justice denied the appeal of businessman Domingo “Sandy” De Guzman to issue subpoenas for the National Bureau of Investigation (NBI) to produce documents linking him to the death of champion car racer Ferdinand “Enzo” Pastor.

He said the DOJ investigating prosecutor should summon the NBI first before he submits his counter affidavit.

He is facing a complaint for murder for Pastor’s death.

At the same time, Assistant State Prosecutor Susan Villanueva also denied the request of De Guzman to give him more time to respond to the murder complaint. 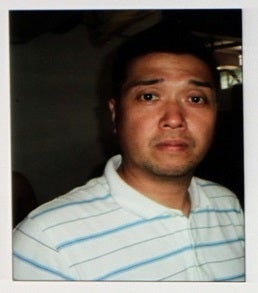 In dismissing the request, Villanueva said only the court has the power to issue a subpoena ad testificandum and not the investigating prosecutor.

“The power to issue subpoena ad testificandum duces tecum is lodged with the courts and the officer or body authorized by law to do so in connection with the investigations conducted by said officer or host. Under Republic Act 100-71, otherwise known as the Prosecution Service Act of 2010, there is no provision providing for such power of the investigating prosecution in the Department of Justice,” Villanueva said in her order dated October 2 but only released Tuesday.

“Wherefore, the request for the issuance of subpoena ad testificandum et duces tecum and the suspension of the period to submit respondent’s counter-affidavit is hereby denied,” she added.

Subpeona ad testificandum et duces tecum is a court summon for an individual to appear and give oral testimony for use at hearing or trial of a case.

Earlier, de Guzman through his counsel Dennis Manalo asked Villanueva to subpoena NBI Director Virgilio Mendez, the investigator on the case or any authorized representative to appear before her and to bring with them the original or authenticated copies of the sworn statements and or written testimonies of Pastor’s assistant, Paolo Salazar.

Salazar, who was with Pastor when he was killed last June 12 in Quezon City, survived the attack and identified PO2 Edgar Angel as the gunman.

De Guzman also wanted the prosecutor to issue a subpoena to the branch manager or the officer-in-charge of the Seaoil Philippines Muntinlupa City Branch to appear with the authenticated copy of its close circuit television camera taken from 3 to 4pm of August 26.

He said that these are evidence crucial to his defense.

Villanueva has ordered De Guzman and Dalia Guerrero Pastor to appear Thursday, October 9, for the preliminary investigation of the murder and parricide charges filed against them respectively by the authorities in connection with Pastor’s killing.

They were also directed to submit their respective counter-affidavits during the hearing.

Sandy De Guzman could be arrested if he tries to leave PH, says De Lima

Another rap vs suspect in Enzo Pastor slay