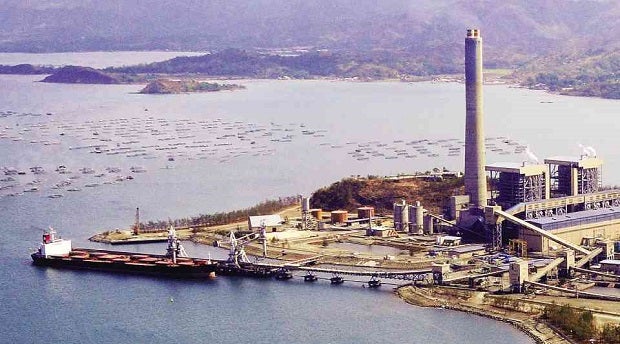 A SHIP delivers coal to the Sual power plant. Photo was taken in 2011.
WILLIE LOMIBAO/CONTRIBUTOR

DAGUPAN CITY—The red tide outbreak that hit the coastal waters of Alaminos City last week may have come from “seeds” of harmful algae accidentally introduced to the Lingayen Gulf by ships delivering coal to a power plant in Sual town, Pangasinan province, according to the head of the National Integrated Fisheries Technology Development Center.

Dr. Westly Rosario said that when he was first assigned here in 1997, Pangasinan had never experienced red tide since the first outbreak hit Samar province in 1983.

But in 2001, he said, red tide occurred in that town and the neighboring island town of Anda after massive fish kill struck Bolinao town.

“In our analysis, Bolinao and Anda had red tide because of the ships delivering coal to the power plant,” he said.

The coal-fired power plant in Sual, which is now owned by Team Energy Corp., began operating in 1999.

Ships reach the Lingayen Gulf from the West Philippine Sea by cruising near the coastlines of Bolinao and Anda before docking to unload coal.

Rosario said ships use sea water to fill their ballast tanks to keep the vessels steady.

“They add or remove water from one side of the ballast tanks to the other to keep the boat from rocking side to side [too] much. They may have loaded red tide-infected seawater in one place and discharged them in another,” Rosario said.

“These are the same ships that deliver coal to the power plants in the provinces of Zambales and Quezon, where there have been red tide episodes,” he said.

He said another possibility was that red-tide infected mussels could have clung and grown in the ships’ hull.

He said there was no way that red tide was introduced by tidal flow to the Lingayen Gulf because the nearest red ride-affected area at the time was the coastal waters of Masinloc town in neighboring Zambales.

“It’s too far,” Rosario said. “Unless, someone had dumped 200 sacks of red tide-infected mussels in Bolinao.”

According to the Bureau of Fisheries and Aquatic Resources website, 22 coastal areas in the country experienced more than 540 outbreaks of harmful algal blooms between 1983 and 2002.

Rosario said that based on the chronology of red tide outbreaks, areas with coal-fired power plants were the most vulnerable.

After Bolinao and Anda, the next red tide outbreak in the province happened in Bani town in 2012.

“Now, it’s Alaminos and there’s not even much aquaculture activity in the city’s coastal areas,” Rosario said.

He said the coastal areas of Dagupan City could be protected from red tide because the Agno River exits in Lingayen and harmful algal blooms cannot survive in freshwater.

He said the red tide outbreak in Alaminos might linger in coastal areas of the city for at least a month.

He said Alaminos would be declared red tide-free only after tests for four consecutive weeks show that the toxicity level is within normal range.

He said gathering, selling and consuming all types of shellfish from the area were still prohibited. Gabriel Cardinoza, Inquirer Northern Luzon