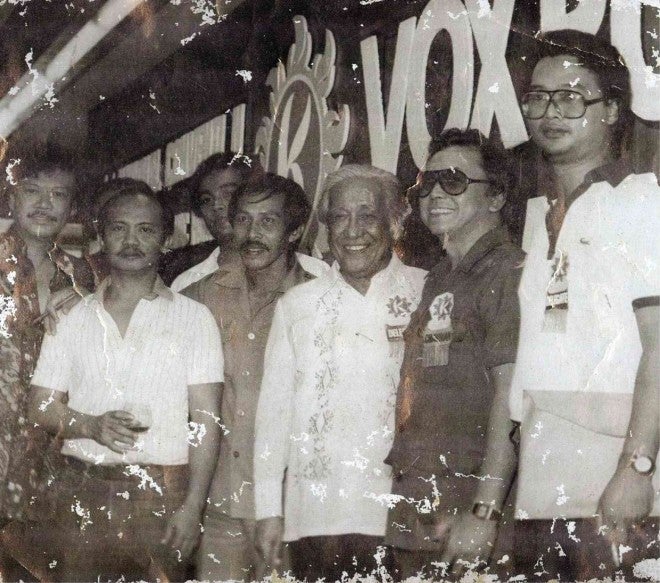 The imposition of martial law in September 1972 forever changed my life and the lives of millions of Filipinos.

Proclamation No. 1081, which placed the entire country under martial law, was signed by Ferdinand E. Marcos on Sept. 21, 1972. It was, however, implemented at dawn of Sept. 23, 1972—and darkness descended upon the entire nation.

Before that month, a series of bombings rocked Metro Manila to give an appearance of anarchy and justify the imposition of draconian measures by the Marcos regime. The fake ambush on then Defense Secretary Juan Ponce Enrile signaled the final justification for martial rule.

Media outlets were closed down by the military. Congress was padlocked. The Supreme Court was castrated. The Commission on Elections was in the pocket of Marcos and all elections during martial rule were a farce.

All over the country, around 70,000—student leaders, union organizers, peasants, publishers, journalists, activists and leaders of the political opposition—were arrested and detained upon orders of Enrile, acting on behalf of Marcos.

I was expecting arrest, having joined progressive groups, such as the Movement for the Advancement of Nationalism in 1967 headed by then Sen. Lorenzo M. Tañada and Prof. Jose Maria Sison, and the Nationalist Lawyers League organized by Prof. Merlin Magallona.

I also defended pro bono the social activists and student leaders in Cebu, who were arrested in rallies and demonstrations.

Around 4 p.m. of Sept. 23, 1972, I was in my residence in now Carcar City, together with my 1-year-old daughter Ligaya and wife Lourdes, who was heavy with our second child, later named Bayani. At that time, I was Carcar’s duly elected Liberal Party vice mayor.

Suddenly, a jeepload of PC (Philippine Constabulary) soldiers arrived and arrested me. Accompanied by my wife, I was brought to Camp Sergio Osmeña on Jones Avenue in Cebu City.

When I arrived at the camp, there were already a few detainees—student leaders, labor organizers and professionals—who were glad to see me, thinking that I came to visit and provide legal assistance. They were extremely disappointed to see me being fingerprinted by the military, which made them realize that I was now one of them.

According to my prison diary, I was the ninth person to be arrested and detained in Cebu. The oldest was Jorge Flores, a union organizer from Mandaue City who was in his early 60s. The youngest was Butch Inting from Tagbilaran City, who was in his teens.

My first visitors were then Cebu Gov. Osmundo G. Rama and provincial board member Leonardo “Boy” Enad. It was Rama’s birthday, and because martial law had just been proclaimed, his party was sparsely attended.

Governor Rama brought a lot of food but we did not have the appetite to eat because of our worries and anxieties. Visits from family members, relatives, and friends, were limited and restricted.

My wife, who was eight months pregnant, had to commute every day from Carcar, 40 kilometers south of Cebu City. Most of the time, she brought along Ligaya.

Her visits were limited to only five minutes. Every loaf of bread she gave me was carefully examined by the guard on duty. The guard would always listen to our conversation even about private matters.

No physical torture was inflicted upon the detainees, but we were subjected to psychological torture by the military, such as threats to send us to Corregidor Island and trials before the military tribunal for subversion.

Inside our cell, I had all the time to devour books, especially those lent to me by fellow detainee Resil Mojares, now a noted biographer and prolific writer. My incarceration was a valuable experience for me to develop solidarity with fellow detainees with whom I shared all my pain and suffering.

On Dec. 23, 1972, my release was announced by the military. My wife excitedly brought me to the office of the zone commander where I was made to sign conditions for my release, including a ban on media interviews and travels outside Cebu province without military approval.

I bade goodbye to my fellow detainees. My feeling of freedom was an illusion because thousands were still languishing in military camps until “People Power” erupted in those heady and historic days of February of 1986, which ended 14 years of Marcos dictatorship.

(The author is the regional chair of the Free Legal Assistance Group and past president of the Integrated Bar of the Philippines-Cebu City chapter. He was 34 when he was detained for three months from September to December 1972. A human rights lawyer, he later became one of Cebu’s anti-Marcos figures until the People Power I Revolution in 1986.)