P500M worth of smuggled goods seized in Tondo raid 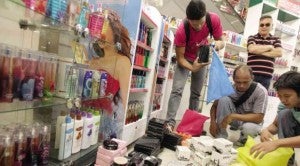 MANILA, Philippines—Police seized about P500 million worth of smuggled goods in a raid in Tondo, Manila on Friday, the Philippine National Police (PNP) said.

Chief Inspector Elizabeth Jasmin said operatives from the Criminal Investigation and Detection Group seized the smuggled goods during the raid on seven warehouses along Rivera Street in Tondo.

She said the CIDG would coordinate with the product’s brand owner, saying the seized goods were suspected of being counterfeit.