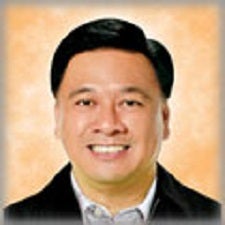 MANILA, Philippines–Minority lawmakers in the House of Representatives formally voiced their opposition to the redefinition of “savings” in the proposed General Appropriations Act of 2015, which they said trampled on the congressional “power of the purse.”

In an Oct. 1 letter to the appropriations committee chair, Davao City Rep. Isidro Ungab, the Makabayan bloc assailed the expanded definition of savings that the executive branch wrote into its budget proposal.

Under Section 67 of the proposed budget law, savings refer to “portions or balances of any programmed appropriations in this act which have not been released or obligated as a result of any of the following:

What’s in a word

Also, the proposed budget law for 2015 deletes the word “final” before “discontinuance of projects” in the 2014 law and adds the phrases “at any time” and “justifiable cause,” the lawmakers noted.

This means that the President has sole discretion to discontinue and abandon any program activity or project (PAP) and the funds appropriated for it can now be considered savings and subject to realignment, they said.

“This gives unconstitutional power to President Aquino to transform any appropriation or item in the GAA as ‘savings’ by giving him the discretion to discontinue, even temporarily, any PAP at any time,” they said.

The proposed budget law for 2015 also grants Aquino the unconstitutional power to “transform any appropriation or item in the GAA as ‘savings’ by withdrawing funds for PAP not yet obligated within the end of the first semester even though said PAP can still be obligated in the second semester,” the Makabayan lawmakers said.

“Section 67 renders the power of the purse of Congress porous at the least and void at its worst,” they said.

In voiding the DAP, the Supreme Court ruled that savings and standby appropriations can be declared only at the end of the fiscal year. The executive branch has appealed the ruling.