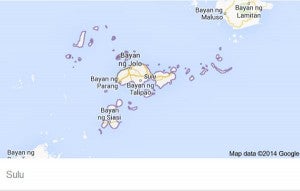 MANILA, Philippines—The Marine brigade commander whose men figured in a “friendly fire” that killed six soldiers in Sulu last June has been relieved and reassigned to the General Headquarters of the Armed Forces of the Philippines in Camp Aguinaldo, Quezon, City.

His men had been found to have fired a 105-mm howitzer round that landed right in their forward command post in Patikul and killed six members of the composite Joint Special Operations Group (JSOG) at the height of heavy fighting in the area.

The next month, a Board of Special Inquiry convened by the Western Mindanao Command (Westmincom) established that the JSOG members were killed in a “friendly fire” while providing support for soldiers who were battling Abu Sayyaf members headed by Radulan Sahiron.

The AFP has also conducted its own investigation into the case.

Col. Edgard Arevalo, Philippine Navy spokesman, tried to downplay the relief of Pinto, saying it was “part of the rites of passage that every commander goes through.”

Arevalo said that from a position of tactical command, Pinto was expected to be taking a staff position at the GHQ.

“This movement is actually an opportunity for him to exercise his other functional field of specialization in a higher and bigger capacity,” he said.

Arevalo said that Pinto, a graduate of the Philippine Military Academy Class ‘84, provided an opportunity for other senior officers, junior to him, to move up the ladder in the AFP hierarchy.

He said that Pinto was replaced in Sulu by Col. Max Ballesteros, a graduate of PMA Class ‘85.

Arevalo described Ballesteros as a seasoned combat officer who has gone through all positions that prepared him for brigade command.

Prior to his new assignment, Ballesteros was Deputy Commander for Marine Operations in Naval Forces West in Palawan.

He was Assistant to the Chief of Naval Staff for Civil Military operations before he was assigned in Palawan.

“Colonel Ballesteros is one of the Marine Corps’ highly revered and decorated officer,” Arevalo said. “He is hardworking, very dedicated, and discerning military professional.”