Purisima SALN shows net worth down in 2013 | Inquirer News

Purisima SALN shows net worth down in 2013 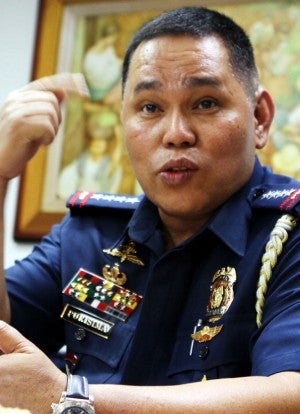 MANILA, Philippines — Philippine National Police Director  Alan Purisima’s joint statement of assets, liabilities and net worth (SALN) with his wife showed that their net worth  went down in 2013 after buying two luxury vehicles — including  a Land Cruiser worth P1.5 million only.

The couple declared total assets of P17.264 million in 2013 but with liabilities amounting to P10.7 million.

They listed six real properties —  three  house and lots in  Caloocan  City, a lot in San Ildefonso, Ilocos Sur, one house  and lot in San Leonardo, Nueva Ecija, and one condominium unit in Cubao, Quezon City.

Under the “personal properties” of their SALN were several   vehicles, including a Toyota Land Cruiser, Toyota Hi-lux, Toyota Innova, Alphard, and  a Starex. They bought the Land Cruiser and Alphard in 2013 at P1.5 million, and P3.2 million, respectively.

But it was the cost of the Land Cruiser that caught the attention of Senator Grace Poe during Tuesday’s hearing of the Senate committee on public order while she was asking the PNP chief about his SALN.

Poe then asked if the dealer had a contract with the PNP,  Purisima answered  no, pointing out that the vehicle was a Prado model, and not a regular Land Cruiser.

In the SALN, the couple also declared under the “personal properties” bank deposits amounting to P2.250 million.

The couple, however, declared P10.7 million liabilities including car loans for Starex, Hi-lux, and  Alphard, and personal loan amounting to P4.5 million.