Grace Poe is top choice for Vice President; Escudero No. 2 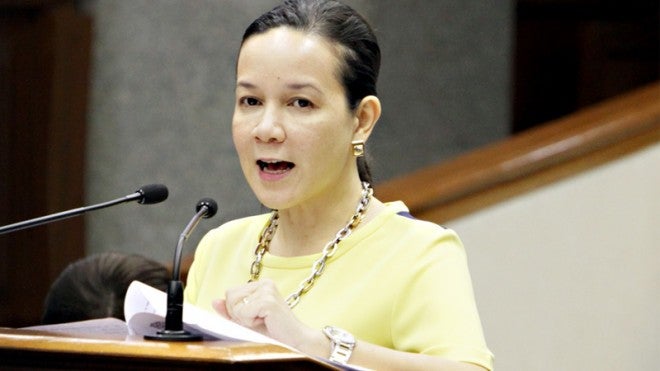 The poll, conducted from Sept. 8 to 15, was part of the Pulse Asia survey, which also asked respondents about their preferences for President and senators.

Thirty-one percent said they would vote for Poe for Vice President if the elections were held during the time of the survey. This was higher than the 26 percent she got in July.

Poe was followed by Sen. Francis Escudero, who saw his numbers go down to 19 percent from 22 percent in July.

“Statistically speaking, 15 out of the 57 personalities included in the survey’s senatorial probe have a chance of winning if the May 2016 elections were conducted during the survey period,” Pulse Asia said.

Pulse Asia said that seven in every 10 Filipinos had a complete slate for the senatorial race with about 19 months left before the May 2016 elections.

The survey used face-to-face interviews with 1,200 Filipinos aged 18 and older, and had a margin of error of plus-or-minus 3 percentage points.–Inquirer Research